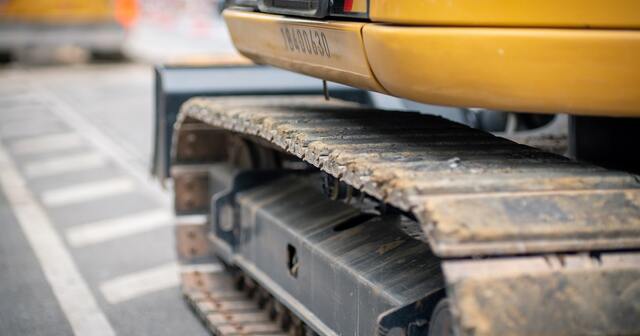 Infrastructure ought to be paid for by its users

Editor's Note: This article was first published in The Hill on April 24, 2021.

President Biden released his plan to fix American infrastructure by spending trillions. The federal government has an important role to play in infrastructure, but it shouldn’t be the piggy bank for every state and local project.

It also leaves the people who do not use the infrastructure out of the responsibility to pay for it. Federal funding gets in the way of this: Non-users pay for the infrastructure they don’t use. That’s good for users and bad for taxpayers.

Over the long term, however, it’s bad for users, too. Infrastructure needs to be sustained, and that is more likely when users are responsible for paying for its costs, operation, maintenance and upgrades. If general taxpayers are responsible instead, then politics rather than demand determines infrastructure quality and sustainability.

Federal funding of infrastructure also makes little sense when the federal government doesn’t own much infrastructure. Roads are owned by state and local governments. Water and sewer systems are owned and operated locally. Electrical substations are owned by electric utilities. With the Biden proposal, the federal government is not paying to polish up its jewels; it’s paying to spruce up those owned by other entities. It’s a gift from federal taxpayers to those local governments. It comes with strings attached, and the gift doesn’t give us a quality, sustainable physical plant that provides important services to residents and business.

Sometimes, there need to be rules before infrastructure gets developed, and federal policy can establish those rules. The Federal Communications Commission, for example, set deadlines for local governments to issue permits for 5G cell towers, and that mattered a lot more than whether Congress would pay for them. Establishing rules that will allow for profitable, competitive ways to set up the necessary physical plant will ensure that people will build good infrastructure and that it can maintain itself into the future without further intervention.

But simply paying companies to build stations if there is no market for them wastes taxpayer money. The federal government gave the company Ecotality $100 million during the last recession to build stations, but without customers to charge their cars, the company wasn’t able to keep the stations active. The company declared bankruptcy and its assets were sold for a tiny fraction of what taxpayers had invested. Money can be used to build stations, but only sustained demand will keep them there. And if there is sustained demand, then there’s no need for subsidies.

The same thing happened when gas-powered vehicles were developed: We don’t have a thriving and efficient market for gas stations because federal tax dollars paid for them; we have it because there’s a robust market for the stations.

In addition, so much of the spending bill is not about building infrastructure at all. Grants for research, subsidies for manufacturers, and spending money to secure business loans, among others, are spending that have nothing to do with infrastructure.

If there are problems with infrastructure, lawmakers should analyze what has gone wrong with user funding. That is a better way to get quality, sustainable infrastructure than having Washington throw money at it.