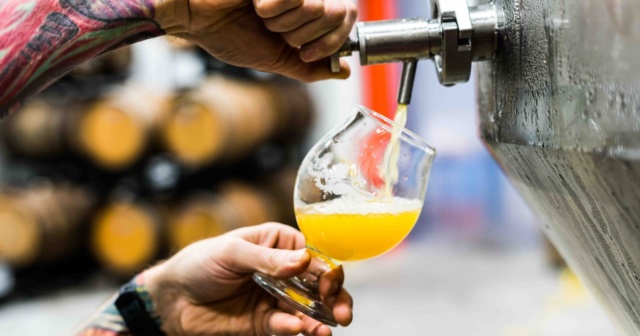 Senate Bill 432: Expand subsidies for certain research and development operations: Passed 38 to 0 in the Senate

To exempt from property taxes certain nonprofit operations that do product research and development for business and industry and also get certain state "economic development" subsidies and grants.
See Who Voted "Yes" and Who Voted "No"

Senate Bill 344: Authorize titles and plates for “historic military vehicles”: Passed 26 to 12 in the Senate

To permit wheeled “surplus military vehicles" to get a vehicle title and license plate if they have all the usual auto safety equipment like brake lights, turn signals, safety glass, mirrors, etc. The plate would carry a “historic military vehicle” designation, and the annual registration tax would be $35. Senate Bill 345 also was passed and defines the allowable uses and the types of vehicles ("Humvees" and "Ferrets" but no tracks or tanks).
See Who Voted "Yes" and Who Voted "No"

To revise details of rules for beer festivals, among other things stipulating that they can last more than one day without requiring a separate special license, permitting "micro brewers" to serve their own products at an event, repealing a requirement for regulators to determine whether an event is "appropriate," and more. This is one of a 16-bill package revising many provisions of Michigan’s extraordinarily detailed and extensive “liquor control” regulatory regime, which essentially writes into state law detailed rules governing the members of this cartel that would ordinarily be promulgated by an administrative agency.
See Who Voted "Yes" and Who Voted "No"

House Bill 5015: Require state agencies post salaries and benefits (but not names): Passed 104 to 3 in the House

To revise the information that must be included in a 2016 law that required each state department to post its organizational staffing chart on a state website. As introduced, the bill required the name of each agency staffer to be listed with the title of their position, and the individuals salary and benefits. The version that passed the House deleted the requirement that the names to be posted.
See Who Voted "Yes" and Who Voted "No"