Legislators are considering it 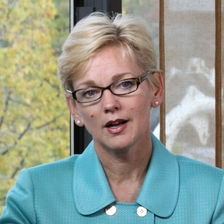 Photo by US Embassy Sweden

Michigan legislators are considering creating new targeted tax credit programs, a key part of former Gov. Jennifer Granholm's economic strategy. For much of Michigan's “lost decade,” her plan for economic growth was centered on giving tax credits and other favors to politically preferred businesses and industries – combined with higher taxes for everyone else. There’s no evidence that any of this worked to grow the economy, and Michigan’s Legislature should learn from that lesson.

Most of those favors were funneled through the Michigan Economic Growth Authority. From 2003 to 2010, the amount of money promised under MEGA skyrocketed. Most of it was in the form of refundable tax credits, essentially direct subsidies. In 2009 alone, more than $1.2 billion was pledged to companies selected by state politicians and bureaucrats.

The empirical work done on this program largely agrees on this point: There is little evidence that these targeted tax breaks and corporate subsidies did any good for Michigan’s economy. Studies done by the Mackinac Center for Public Policy, the Anderson Economic Group and the W.E. Upjohn Institute for Employment Research all found the program to be economically destructive, or, at best, ineffective.

Another analysis of the program found that fewer than 20 percent of the jobs promised by participating projects ever materialized. It also revealed that only 2.3 percent of businesses achieved the investment and job creation targets that won them these special favors in the first place. But the tax credits are good for up to 20 years, which means Michigan taxpayers will still be on the hook for these failed programs for several more years. The program cost the state budget about $1 billion last year.

Under the direction of Gov. Rick Snyder, the state stopped handing out tax credits and subsidies through MEGA after Republicans took over the Legislature. For the past five years, no new select tax credits have been handed out to corporations. But some legislators are pushing to give Granholm’s economic strategy another go.

In fact, the state Senate has passed a bill package of new targeted tax credits for select businesses. Senate Bills 111-115 would give certain developers the ability to divert tax payments from workers and homeowners to their own pockets. The Senate also passed another package of bills that would give 10-year tax abatements to 15 large companies per year if they expand or relocate in Michigan. Smaller companies and other taxpayers would still pay full freight.

Proponents say these proposals are not like past tax credit programs and promise that this time things will be different. But there’s no escaping the fact that these schemes rely on the belief that politicians can make wise “investments” with taxpayers’ money. Empirical research and historical evidence strongly suggest that politicians (no matter their party affiliation) are not good central planners. It’s easy enough for private investors to make poor decisions with their own money — how much easier it must be for politicians to do the same with other people’s money. Recent grassroots coalitions understand this: Both the Tea Party and the Occupy movement sprung up in large part to fight select favors for the politically well-connected.

So far, the Republicans in the state House have resisted the allure of these tax incentives. But the big businesses that stand to gain from these select favors are, to no one’s surprise, pushing for the bills, and Capitol-watchers think they stand a good chance of success. Legislators should resist these special corporate subsidies and instead work on what empirical evidence suggests really does work: lower taxes for everyone.

Once more into the battery breach