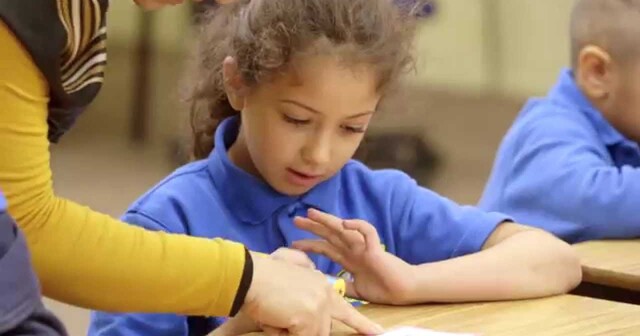 As families across the country celebrate National School Choice Week, lawmakers in Washington, D.C., are considering the nomination of Betsy DeVos, a leading advocate for educational freedom who is positioned to be the next U.S. secretary of education.

In an op-ed for The Hill this week, the Mackinac Center for Public Policy’s Ben DeGrow, director of education policy, corrects the inaccurate narrative that some opponents of choice have presented in response to her nomination. He explains why Detroit exemplifies the need for school choice.

Some have tried to twist the best available research to claim that Detroit’s many charter schools are no better, or even worse, than the city’s school district. Research by Stanford University’s Center for Research on Education Outcomes found that half the charter schools perform the same as district schools, while most of the rest provide better results. On average, attending a charter means three extra months of learning per year. According to CREDO, Detroit was one of four urban charter communities that were “essential examples of school-level and system-level commitments to quality.”

A highly regarded CREDO study found that students at almost half the charter schools outperformed students in district-run schools in reading in math, Michigan Capitol Confidential reports. Approximately half performed at the same level as students in traditional schools and only a small percentage did worse.

The Mackinac Center’s recently released Context and Performance Report Card has findings consistent with these results. It considers both student test scores and socio-economic status in evaluating school performance to ensure that schools with a concentration of disadvantaged students are not graded unfairly.

As reported by Michigan Capitol Confidential, “Overall, the city’s charters perform solidly on average, but stand head and shoulders above district schools.” Each failing school that has been taken over by the state’s Education Achievement Authority, in contrast, received a failing grade.

While some opponents of school choice have tried to paint Detroit’s charter schools as the “Wild West,” alleging a lack of oversight and accountability, it’s anything but. In an op-ed published by education news site The 74, DeGrow and Max Eden of the Manhattan Institute explained that Detroit charters are held accountable and consistently poor performers are subject to closure.

An A-to-F accountability system will still be launched to inform parents. ... Charter schools that rank in the bottom 5 percent of all schools for three straight years will be subject to automatic state closure.

Furthermore, charter authorizers will need to earn accreditation by proving they can give meaningful oversight before they’ll be permitted to open a charter school in Detroit. Failed charters may no longer shop for a new authorizer, and they won’t be given a second chance without substantially changing their leadership and curriculum.

Additionally, the Citizens Advisory Board was created to improve charter school transparency and efficiency and parents’ access to that information.

Detroiters see the value in educational options. A 2016 survey found Detroit voters overwhelmingly want more choices in schools, not less. DeGrow notes that while many students in Detroit have indeed been helped through school choice, many others in need could benefit from more options, such as tuition and transportation scholarships.

Read the full op-ed in The Hill.

Read about the Context and Performance Report Card.