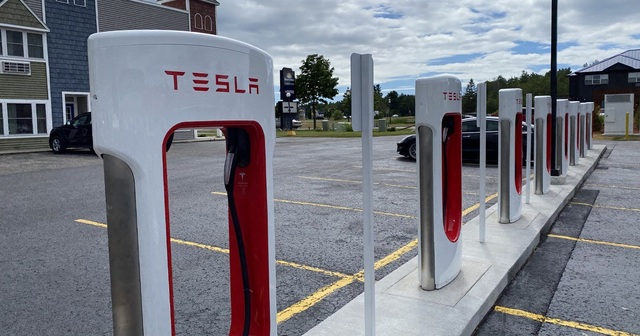 When it comes to environmental issues, Gov. Gretchen Whitmer’s “MI New Economy” plan is doomed to fail because it puts a misguided and expensive green agenda ahead of the health and well-being of people.

Whitmer’s plan relies on three main pillars: “Growing the Middle Class,” “Supporting Small Business” and “Building Strong Communities.” Michigan residents, she says, “deserve to live in vibrant communities with the kinds of services and amenities associated with a high standard of living.”

Making Michigan an attractive and business-friendly location with plenty of good-paying jobs that can promote a healthy middle class is a worthy goal. One of the most effective ways of achieving that goal is to ensure the state has ample supplies of reliable and affordable energy. Instead, Whitmer has carried on a ceaseless campaign against reliable, affordable energy with her climate policies and her efforts to close the Line 5 pipeline.

The Line 5 pipeline provides 55% of the propane used across the state and as much as half of the jet fuel used at the Detroit Metropolitan Airport. The governor wants the pipeline closed to avoid the potential of an oil spill in the Great Lakes. But Enbridge, the company that owns and operates Line 5, has already committed to move the pipeline to a cement-lined tunnel, 100 feet below the lakebed. So a workable solution to both protect the lakes and maintain essential energy infrastructure exists. Building the tunnel would also protect almost 34,000 jobs across the region and encourage $20.8 billion in economic activity.

That’s just the sort of thing that could bolster small businesses and expand the ranks of the middle class. But the governor has ignored appeals from elected officials, businesses, unions, and trade associations across the political spectrum and on both sides of the U.S.-Canada border. Instead, her administration has done everything in its power to close Line 5 and slow-walk the permitting processes required to approve the tunnel’s construction. In the meantime, the pipeline continues to operate in the waters of the Great Lakes.

The governor has also signed an executive directive that mandates the state achieve net-zero CO2 emissions by 2050. State regulators responded by directing utilities “to complete modeling scenarios that assist the state of Michigan in achieving economy-wide carbon neutrality by 2050.” But meeting the governor’s carbon neutrality policy ensures that Michigan travels down the same road as California and Texas.

That’s a serious problem because, as California moves away from nuclear and fossil fuels toward solar, instability has metastasized through its grid like a cancer. Over the past several years, the state has suffered an increasing number of electricity shortages and blackouts.

Texas experienced similar instability this February during a severe winter storm. A decade-long plan by state regulators has shuttered coal plants, put off upgrades that protect the system from extreme weather, and built thousands of heavily subsidized wind turbines. This all ensured the state’s increasingly unreliable grid could not meet rapid spikes in demand during the extreme cold. As a result, millions of Texas residents across the state were forced to endure rolling blackouts for several days. Deliberately designing those same weakness into Michigan’s electric grid will expose Michiganders to even more inconsistent and expensive electricity services than they already have.

The governor’s plan to stress the grid by expanding the use of electric vehicles will exacerbate these problems. She just announced another initiative to promote EVs by subsidizing more charging infrastructure. The initiative appears to be version 2.0 of Whitmer’s “fix the damn roads” plan, with two state government agencies collaborating to build the first mile of electrified roadway to charge EVs as they drive.

This latest misuse of tax dollars surfs the same failed wave as solar roads and should remind readers that, just as government has no business building gas stations with taxpayer money, neither should it build EV charging infrastructure. Government largesse supporting politically preferred technologies gives public bureaucrats the power to make spending decisions with your tax dollars that private individuals and industry should be making with their own dollars.

Whitmer defends her extravagant plan as a set of “strong but attainable goals, backed by data.” But this defense falls back on the tired “science and data” trope she repeatedly used to defend her unscientific and illegal extensions of the COVID-19 lockdowns. Her latest plan will keep businesses from providing the services we expect in modern day America. Shuttering reliable and affordable energy options, while mandating and subsidizing unreliable green energy and transportation, will enrich a small segment of green companies. But it will stifle growth everywhere else, including in the middle class. The governor’s destructive green energy policies are exactly the reason why so many Michiganders can’t have nice things.