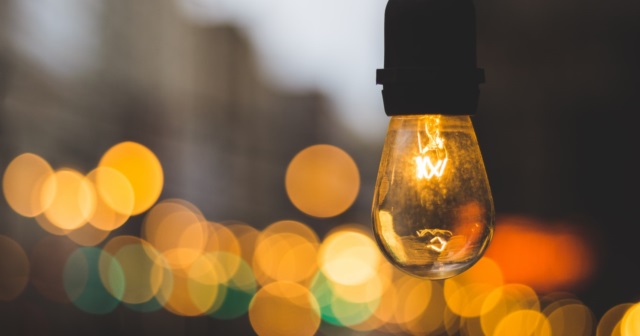 Energy lets us live a life of relative ease

Editor's Note: This article was first published in The Hill on December 11, 2019.

At this time of year, it’s normal for people to look back and consider the many blessings they enjoy in their lives. There’s no escaping the fact that the people of this nation are richly blessed.

One key resource makes many of these blessings possible — abundant, affordable, reliable and safe energy. And in the U.S., we have access to that energy primarily because of nuclear and fossil fuels, which together provide almost 85 percent of the electricity we use. In fact, we now have access to so much energy that the U.S. just posted its first full month as a net petroleum exporter. At the same time that we are using more natural gas, the International Energy Agency is projecting that carbon dioxide emissions across the planet will plateau over the foreseeable future.

Access to safe, reliable energy allows us to live a life of relative ease and minimal risk. Instead of performing hours of backbreaking toil to obtain light and heat, as our ancestors did, we simply flip a switch.

The reality of this nation’s blessings was reinforced when I read a recent report from the United Kingdom’s Office for National Statistics. The report, titled “Excess winter mortality in England and Wales,” opened by pointing out that “there were an estimated 23,200 excess winter deaths which occurred in England and Wales in the 2018 to 2019 winter.”

While the average number of “excess winter deaths” has decreased since the 1950s, the reality is that tens of thousands of people, primarily female senior citizens, die in the U.K. each year because of chronic exposure to cold.

One of the leading causes for those excess winter deaths is energy poverty. Simply put, these people are dying because they can’t afford to heat their homes during the winter. They are literally being forced to choose between heating and eating, or between paying for their prescription medications and heating their homes.

In the United States, many utilities are making decisions that could push a growing number of American citizens into the same decisions. In Michigan, the major monopoly utilities are choosing to close large, reliable, fully paid-for generation plants and replace them with unreliable and expensive renewable energy options.

Additionally, those areas that employ high amounts of renewable energy are being left in the dark during periods of extreme system stress or demand. For example, in Texas this past summer, the billions of dollars that Texans have spent on renewables couldn’t stop wind generation from dropping to almost zero, leaving other resources to pick up the slack. In another example, electricity generation from wind dropped to essentially nil in the state of Washington for more than a week in November. That lull left the state’s hydroelectric energy sources holding the ball.

No one disputes the need for clean and safe energy, but a key aspect of real safety includes reliability and resilience in our electricity systems. Relying on ephemeral and unpredictable forms of electricity generation, however, is a recipe for trouble.

Nuclear and fossil fuels are fully capable of providing energy that is affordable, clean and reliable — something that wind and solar can’t do. So when we pause for a moment during the holiday season to remember our blessings, it’s worthwhile to count among these fundamental blessings the safe, reliable and affordable energy that largely comes from nuclear and fossil fuels.

Planet of the Humans