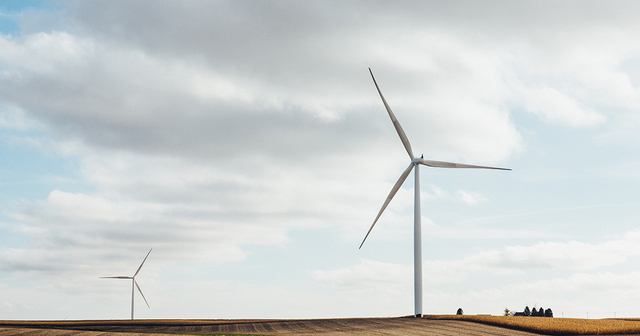 Renewable Energy is Not Cheaper After All

My article called out renewable energy advocates who claim wind energy is an obvious, market-based energy choice. I argued that, if wind is as affordable as they claim, removing targeted subsidies and mandates should cause them no distress. Ostensibly, low-cost renewables sources would be built without protective government policies like the RPS.

Clark also argued that Michigan’s electric utilities are regulated monopolies and will, therefore, follow incentives, “which might encourage them to stick with fossil fuels.” So, “strong policies” must force them to “invest in the lowest cost energy for their customers.” But, if correct, she would be making a strong argument for expanding competition, and returning choice to Michigan’s electricity markets. Her words certainly do not justify forcing further expensive and market-distorting policies onto Michigan’s residents.

In truth, regulated utilities are primarily concerned with selling a product – electricity – to their customers at a government-approved rate that will bring a healthy return to their investors. So, Clark’s concerns notwithstanding, if renewable energy can provide electricity at a rate that will ensure a profit for utility investors, it will be built and used.

But, short-term prospects for renewable energy in Michigan could soon be waning, as generous federal tax provisions and subsidies for renewable energy, like the production tax credit, are being phased out. And changes in federal tax incentives could make investing in renewables a much less attractive strategy for reducing corporate tax obligations. Pairing those challenges with the public’s increasingly pronounced distaste for living next to wind farms means arguments for building more renewable generation in Michigan are rapidly losing strength.

It is precisely those market and political signals that drive renewable advocates to push for special market carve-outs for wind and solar. With a 15 percent RPS in place, state law requires new wind and solar be built, period. Until that state mandate is met, the views of investors, markets, customers and Michigan’s residents really don’t matter.

Clark closes out her letter by referring to Lazard Investment Bank’s analysis of energy markets, and its preferred metric for measuring the relative costs of energy options, the LCOE (levelized cost of electricity). Of course, she claims that “the lowest-cost energy” just happens to be the sources she wants built – wind and solar. While Lazard’s metric has some uses, it is also widely recognized as a confusing, or incomplete, method of comparing renewable energy, an intermittent energy resource, with more predictable and reliable generation sources.

For example, a November 2017 Berkeley Labs study on the “Impacts of Variable Renewable Energy (VRE) on Bulk Power System Assets, Pricing, and Costs,” says that “comparing the LCOE of different technologies that provide varying services is misleading.” For example, you can’t use the same measure to weigh the value of a small natural gas turbine to a large nuclear facility, or renewable energy – a variable resource – to more reliable coal plants. Doing so gives the perception that they are able to provide the same service. The study goes on to explain that the more renewable generation facilities you build, the more it costs the system to make up for their variability, and the less value they provide to electricity markets.

To determine the real price of renewable energy, or its ability to replace nuclear or fossil fuels, you must account for the high costs imposed by its variable nature. One example is the cost of many new transmission lines that link distant renewable generation installations to the electrical grid. You also need to include the construction of “fast ramping” natural gas plants, battery storage units or pumped hydroelectric facilities that can come online quickly to supply electricity when variable renewables suddenly cut out, as when the wind stops blowing or the sun stops shining.

Instead of a mandate requiring electricity from renewable sources, state legislators should remove special favors, crony capitalist subsidies, protective market carve-outs and any other form of unique help to politically favored industries or market sectors.

Remove all of them – whether they are aimed at renewable energy, fossil fuels, nuclear energy or some other energy source – and allow all energy producers to compete on an open, level and transparent playing field. Doing that will provide the best means of ensuring competition and choice, which will lead to reliable, affordable electricity for the people of Michigan.