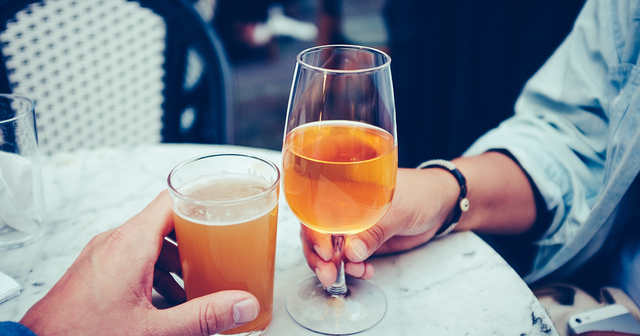 Get rid of the ‘half mile’ rule for selling alcohol

If the government passed a law saying no gas station, grocery store or lemonade stand could open too close to one already operating, most people would see this as a needless limit to healthy competition in the marketplace. It’s consumers, not Lansing politicians, who should determine where retailers set up shop.

But the state does have a similar regulation — it prevents liquor stores from operating within half a mile of another store that sells alcohol. This is a silly rule that simply protects some businesses at the direct expense of their competitors and customers. And there’s no evidence this saves lives or even leads to less alcohol consumption.

The good news is that the Liquor Control Commission is repealing this rule on the grounds that it is anticompetitive and a burden to administer. The bad news is that, on behalf of established alcohol retailers, identical bills in the House (HB 4504) and Senate (SB 501) would write this protectionist language into state law.

Supporters of these bills have two major arguments: 1) Retailers already have enough competition and would be harmed by the change; and 2) It would do harm to public safety. Both arguments lack substance.

First, no commercial enterprise — not even liquor stores — should be arbitrarily protected from market competition. Indeed, competitive marketplaces are so enshrined in American law and culture that defenses of these geographic monopolies come across as just plain bizarre.

The federal government runs an entire antitrust division charged with facilitating and protecting competitive markets. The U.S. Constitution prohibits states from erecting anticompetitive barriers. Would any Lansing politician dare suggest prohibiting pizza parlors or pie makers from locating within a half-mile of a competitor? Of course not.

But because this half-mile rule was established long ago and involves a regulated substance, the narrow special interests that want to limit competition have more influence in Lansing than your average local pizza shop. Hence the legislation to reverse this rule change. Protectionism tends to create a sense of entitlement and reducing or removing it leads to intense opposition from the special interest groups that benefit.

The safety argument lacks evidence. These bills would not lead to more alcohol sold in the state — the number of liquor licenses is set by a different state law and the number would not be increased. In fact, there is some evidence that public safety might be improved by raising the number of locations at which alcohol is available.

In her 2010 Ph.D. dissertation for the University of Michigan, titled “Urban-Rural Influences on Driving Behaviors and Driving Outcomes Among Michigan Young Adults,” Tenaya Marie Sunbury examined alcohol retail density in Michigan and its impact on alcohol consumers. She found that “[f]or both men and women, higher density of alcohol establishments was related to lower alcohol consumption, binge drinking and [drunk driving].”

A 2003 paper published by Patrick McCarthy looked at alcohol store density in the 1980s in 111 California cities and auto accident rates. He found that an increase in establishments selling general spirits was linked to decreases in the number of car crashes.

Both research papers suggest that actually increasing the number of licenses and removing geographic limitations on the location of alcohol establishments may help public safety to some degree. Current liquor licensees aren’t even facing the threat of more licensees, just the ability of some to locate within one-half mile.

This fits other research that shows state liquor controls does not affect alcohol-related deaths. Pennsylvania, for example, has a tightly regulated alcohol market, where consumers can only purchase liquor from state-run stores. But the Keystone State’s alcohol-related social issues are similar to those facing everything other state.

The state should not be in the business of unfairly regulating legal enterprises. House Bill 4504 and Senate Bill 511 would codify an unnecessary rule, to the detriment of consumers and perhaps public safety as well.

Jarrett Skorup testifying on this issue before the House Regulatory Reform Committee: