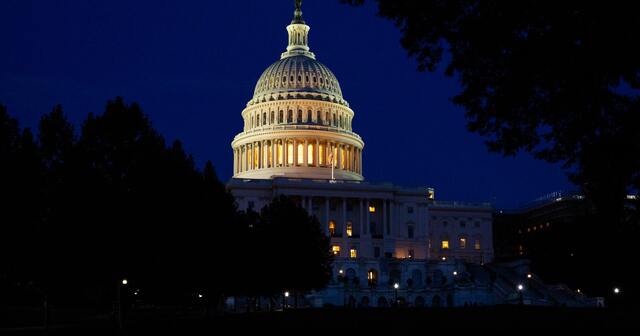 Politicians should focus on what's best for workers

Editor's Note: This article first appeared in The Detroit News on September 21, 2019.

In midst of union scandals, failed organizing attempts and a recent dues hike, the UAW decided to strike against GM, leaving what could have been a reasonable start to negotiations on the table. Scores of articles have been written about the strike, several of which allege it is helping the UAW distract from its real problems.

While many politicians are publicizing their support for the union, others are focusing on what really matters: the best interests of GM workers, whose hard-earned dues powers the UAW.

Republican leaders on the Education and Labor Committee, Rep. Virginia Foxx, R-N.C., and Rep. Tim Walberg, R-Mich., are looking out for UAW members above the issues with the strike. Last week they sent a letter to Chairman Bobby Scott, D-Va., and Health, Employment, Labor, and Pensions HELP Subcommittee Chairwoman, Frederica Wilson, D-Fla. It requested a public hearing by the committee to examine the size and scope of the recent UAW corruption scandal.

The letter read, “We believe it is essential the committee confront the widespread, brazen lawbreaking by union leaders who purport to represent nearly 150,000 American autoworkers but have betrayed their trust in favor of self-enrichment.”

The sentiment is shared by some autoworkers. “That's sickening," said Clarence Trinity, a 47-year-old machinist who works at a transmission plant outside of Detroit. "If (the scandal) is true, that's upsetting because (the UAW) raised our union dues. But it seems like they raised our union dues maybe just to line their pockets.”

Trinity is referring to an increase in the strike fund that was voted on earlier this year at the UAW’s bargaining convention held in Detroit.

Thankfully, Trinity and other UAW members have a choice whether or not to pay the union. However, other politicians on the Education and Labor Committee are pushing for the passage of H.R. 2474, the Protecting the Right to Organize Act of 2019. Dubbed the PRO Act, this bill would make right-to-work laws illegal in the states and hamper the ability of workers to make a private choice on unionization by making “card check” elections easier.

Right-to-work laws prohibit a union from getting a worker fired for not paying dues. Card check enables unions to organize workplaces without having to hold a secret ballot election and makes workers more likely to face intimidation, deception and coercion in unionization campaigns.

In other words, the PRO Act would force workers represented by the UAW’s corrupt leadership to pay them just to keep their jobs. It would also make it easier for the UAW to organize new members and extract even more dues.

The letter continues: “The right of workers to decide for themselves whether to join and pay a union is a crucial part of the First Amendment’s freedom of association. This guarantee becomes even more critical when the union in their workplace becomes corrupt, as in the case of the UAW, and misuses workers’ union dues.”

Most Democrats have come out in support of the UAW workers.

Sen. Bernie Sanders tweeted his support for those "standing up to the greed of GM," and Michigan Rep. Haley Stevens, D-Rochester Hills, tweeted how she hoped to "reach an agreement that values Michigan's best-in-class workforce..."

Yet, Bernie also supports card check and ending right-to-work, and Stevens is a cosponsor of the PRO Act.

So much for treating workers with dignity and respect.

As the strike continues, politicians should focus on what is best for workers, not just with an agreement with GM, but with laws that protect their rights and help them avoid being harmed by a corrupt union.