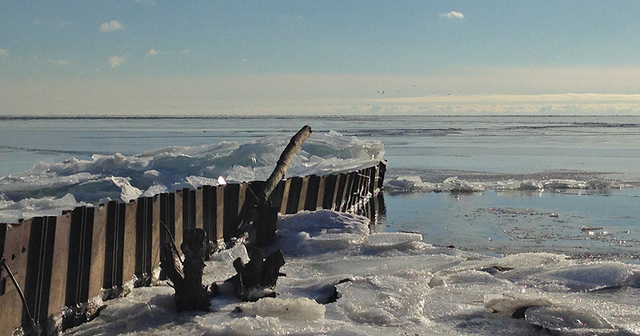 Clean Michigan Initiative Not the Only Remediation Fund

Other sources for environmental clean-up eliminate need for further debt

Environmental lobbyists in Michigan are concerned that the money from the 1998 borrow-and-spend Clean Michigan Initiative is drying up. So they are warning that the state may no longer have money to clean up the environment.

But it is worthwhile to pause and consider a fuller picture before capitulating to demands that we spend more, or “do something.” In the case of the Clean Michigan Initiative, we are being told that a depleted CMI fund is keeping the director of the Michigan Department of Environmental Quality, Heidi Grether, up at night.

Both Grether and James Clift, policy director of the Michigan Environmental Council are reportedly concerned that if the funds are not replaced, “layoffs may occur in the DEQ’s remediation division” and the work to remediate contaminated sites will stall.

The notion of insufficient funding causing all environmental remediation around the state to grind to a halt may be a frightening concept. However, Michigan has numerous other funding sources available for the elimination of harmful pollution and protection of citizens and the environment. To the extent that there are other workable (and funded) options, taxpayers should be very concerned about going further into debt for this one cleanup initiative.

The 1998 Clean Michigan Initiative is not the only source of money available to pay for environmental cleanup. For example, taxpayers pay 0.875 cents per gallon of gasoline and on other “refined petroleum” fuels into a fund to pay for this service. So, every time Michiganders “fill-er-up” they are funding environmental restoration and remediation programs.

Likewise, when people throw their cans away instead of getting their deposit back, 60 percent of the leftover deposits go towards environmental cleanup programs. Both these sources will provide more dollars for cleanup than the Clean Michigan Initiative this year.

It’s also worthwhile for taxpayers to realize that the Clean Michigan Initiative is not even a source of money: taxpayers are. Voters approved up to $675 million in debt in 1998. According to the most recent state treasurer’s report, the state still owes $385 million to bondholders, and taxpayers are responsible for the principal and the interest on that debt.

That means that, in addition to fuel taxes and deposit fees, in 2017 Michiganders will pay $89 million on this debt from state general funds, the largest revenue source of those being the income tax. The state would have saved money by cutting out the borrowing and financing this program with direct expenditures. But to do that, government agencies would need to get repeated expenditures approved by elected officials, a much more involved and difficult process.

To make matters worse, not all of the cash from Clean Michigan has gone to cleanup. Much of the money was spent on other, less environmentally critical, items — tennis courts, swimming pools and “environmental education” programs. Governor Blanchard’s 1988 environmental borrowing also was approved for recreation grants.

The public may agree that new public swimming pools or school playgrounds are worthwhile investments, but they certainly are not the essential spending that was approved by voters to keep toxic waste from leaching into ground water resources.

Selling the program as essential to environmental protection, but then diverting funds for nonessential recreation projects ought to rile the people that are concerned about cleaning up harmful sites. It ought to rile all Michigan taxpayers. Unfortunately it is common.

There are resources available to handle environmental remediation already. We can manage this responsibility without going further into debt.