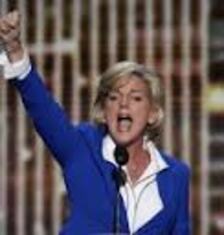 Without much fanfare, the Michigan Senate recently approved pouring an additional $300 million through 2019 into a corporate welfare program that's a holdover from Gov. Jennifer Granholm's time in office.

An annual $75 million earmark to the program had been scheduled to sunset in 2015.

Before rubber-stamping the extension, House members should force the state's "economic development" gurus to finally cough up some basic information on the actual performance and outcomes of this 21st Century Jobs Fund scheme.

For starters, they should demand to know how much taxpayer money has been spent, and what we have to show for it. That the program's annual reports fail to answer these basic questions should raise all kinds of red flags for legislators, journalists and the public.

Some background: In 2005, Gov. Granholm proposed to invest $2 billion in borrowed money to support "next-generation" industries. It was this program that inspired her famous "In five years you'll be blown away" declaration.

After initial skepticism from Republican legislators, a package was enacted that borrowed $400 million, pledged another $600 million through 2015 in annual earmarks, and shoved this money out the door in a variety of ways.

Gov. Granholm (and most reporters) claimed a total commitment of $2 billion, with an additional purely speculative $1 billion "blue sky" figure representing all the marvelous profits expected from picking "winner" companies in which the state would take a partial ownership stake, among other activities.

For their part, Republicans — led by then state representative and current Congressman Bill Huizenga, R-Zeeland, — also took an ownership stake in the adventure, resurrecting a proposal that was floundering due to Gov. Granholm's intransigence on a package of tax cuts they wanted (and never got) in return for approving this spending spree.

Hundreds of millions of dollars later, here are some more questions today's Legislature should ask the Michigan Economic Development Corp.:

Although the program's annual report doesn't seem to answer the most important questions, it raises plenty of new ones. Among them:

In the remainder of her term, Gov. Granholm had many occasions to regret her "blown away" puffery. Before giving a new lease on life to the program that inspired it, today's legislators should discover whether what was really blown away was millions of taxpayer dollars.