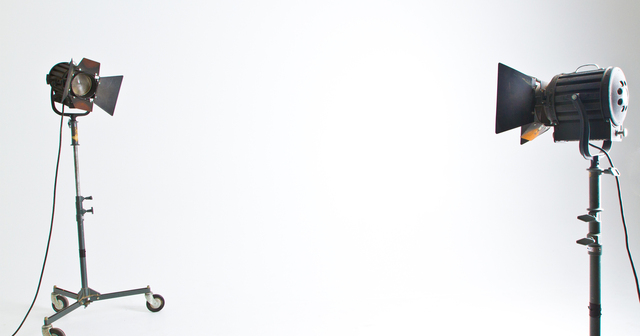 The original flopped; the sequel looks even worse

Legislators introduced a pair of bills in the Michigan House and Senate earlier this month aimed at bringing back the state’s corporate tax incentive for the entertainment industry. If enacted into law, taxpayers would reimburse 20 to 30 percent of in-state spending on film, television, and commercial productions for the next decade. The program would cost taxpayers up to $50 million annually to start and $100 million annually ten years from now.

“This is about jobs,” Senator Adam Hollier, a co-sponsor of one of the bills, told the Detroit Free Press. The incentives, he declared, are “a wise investment in our state’s economy and its workers.” Supposedly, tens of millions of dollars in subsidies will entice production companies to flock to Michigan and create thousands of jobs.

But Michigan’s history with film incentives shows that is demonstrably false. By the time the state’s earlier program ended in 2015, taxpayers had shelled out $500 million to create roughly 700 jobs. Small wonder that the Senate Fiscal Agency determined Michigan’s “investment” in film incentives yielded only eleven cents on the dollar—a loss of 89 percent.

Michigan’s lackluster experience was not a one-off. My peer-reviewed study of over 40 states scrutinized the relationship between film incentives and wages, jobs, and economic growth over a 15-year period. The result was clear: entertainment incentives failed to attract a larger share of the industry, created few permanent jobs, and had no positive effect on state economies. The subsidies ended up enriching movie industry moguls while doing little or nothing for state economies.

Those uninspired effects cannot be blamed on insufficient investment. In a separate study, I examined the states that invested the most money in film incentives: New York, Georgia, Louisiana, Connecticut, and Massachusetts. Despite spending billions of dollars, these states fared no better than their peers. A third study found that California has had no luck with its incentive, either. And Hollywood is already there.

Colleagues have arrived at similar conclusions. One peer-reviewed study of New Mexico and Louisiana, where film incentives remain firmly in place, concluded that the incentives have a “very limited” ability to create a new film industry. Another study determined that there was no reason to believe film incentives are beneficial to state economies. Yet another likewise reported that such incentives have “little impact.”

If waste were not bad enough, Hollywood welfare regularly invites criminal activity. Lax oversight nearly sent the former head of Iowa’s film office to jail. One film director was sent to jail after submitting falsified documents to Massachusetts officials to receive a larger incentive there. A federal jury convicted a film producer for attempting to defraud Louisiana’s program. A California state senator admitted to accepting bribes, including $25,000 laundered through a nonprofit organization called “Californians for Diversity,” to secure his vote in favor of an expanded incentive.

Nothing in the proposed program will safeguard taxpayers from additional waste. The House Bill tasks the Michigan Film and Digital Media Office with issuing a “brief assessment of the overall effectiveness” of the incentive each year, including a tabulation of the number of “jobs created and retained.” But that’s the same agency responsible for handing out the money to production companies. Putting a bureaucracy in charge of evaluating how it spent taxpayer dollars is a profound conflict of interest.

Yet, that may be a minor point. Corporate tax incentives for the entertainment industry and countless others are a fundamentally unsound economic development strategy. Taxpayers in Michigan and beyond should not tolerate policymakers bringing back a failed program. Film and television incentives are not a “wise investment.” That theory is fiction.