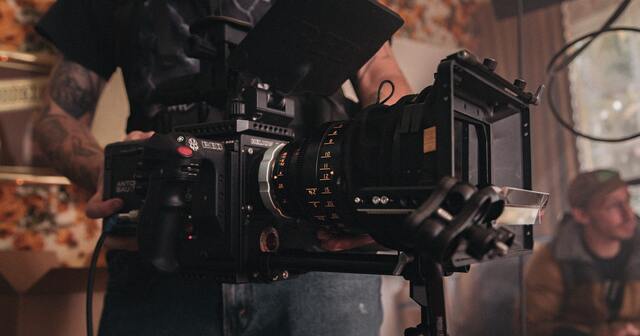 Editor's Note: A shortened version of this piece first appeared in the Traverse City Record Eagle on April 6, 2022.

Some state lawmakers are again playing with the notion of Michigan taxpayers bankrolling film production here. The last time officials tried to bring movie magic to Michigan, it cost taxpayers a staggering $500 million and produced almost nothing.

There is no independent evidence that underwriting television, film and similar commercial work in the state would be a net plus for Michigan taxpayers. Indeed, there is overwhelming evidence to the contrary. Not only do such subsidies fail to work as advertised, they make it harder to provide other needed services, pothole repair being just one example among many.

The bills under consideration would provide tax credits against expenses incurred on Michigan-based productions of film and television, as well as for commercial shoots. The tax credits would equal to 20% to 30% of the production’s spending. The program would grow over time and cost up to $100 million a year.

There are several problems with this proposed law.

It doesn’t work. Eighteen states across the country offer no film and television incentive programs, presumably because their lived experience matches the research showing they are ineffective, even in California where there is already a robust entertainment production infrastructure.

A 2019 study of Georgia’s tax credit (up to 30% of video and film expenditures) found that even if every Georgia job in this category were a function of the incentives, the program would still cost between $64,000 and $119,000 per job, which is obviously not cost-effective. This is far from the only study that found questionable or net negative impacts from state film incentives.

Three analyses were performed on Michigan’s previous film incentive program. Two of them cast doubt on the program’s efficacy. The first was an examination by the state’s nonpartisan Senate Fiscal Agency in 2010. It found that the program returned only 11 cents on every dollar spent. The second study, published in 2014, was performed by a Massachusetts-based consultancy at the behest of the Michigan Economic Development Corporation. It too found the program to be a drain on the treasury.

The third study was also bought by the MEDC. It was published in 2009, a little over a year after the program was created. The authors of that study found positive results from the program. But the study had questionable merit since it excluded all of the costs associated with the state’s incentive. That’s akin to only counting your paychecks while ignoring your bills. It’s not how the real world works.

The program is also expensive. We’ve already wasted $500 million subsidizing film and other media productions. Even if the new program only gave up $50 million annually, the total cost would pile up rapidly, likely with nothing to show for it. In addition to the direct cost, there is also the opportunity cost. Tens of millions of windfall tax advantages to select filmmakers is money that can’t be spent on roads, sewers, police or reducing the cost of living for everyone.

It is fundamentally unfair to provide tax credits to a few while the rest of us pay full freight, especially when the benefits of such programs accrue to those who should need them least. Michael Moore, wealthy founder of the Traverse City Film Festival, bagged $840,000 from Michigan taxpayers for his mockumentary “Capitalism: A Love Story,” according, to the New York Times.

How ironic that Moore’s 2009 “Capitalism” received a state subsidy when one of its famous scenes has Moore standing outside a Wall Street business with a bag demanding taxpayer money back. Michigan taxpayers should demand their money back, too, and start with recipients of industrial handouts like Moore. This is not the only example of apparent favoritism.

At least one state lawmaker and the Michigan Film Office director have been provided cameos in productions here. U.S. Senator Debbie Stabenow and former Senate Majority Leader Randy Richardville were even extras in “Batman vs. Superman: Dawn of Justice.” Maybe they got roles just because they are great actors.