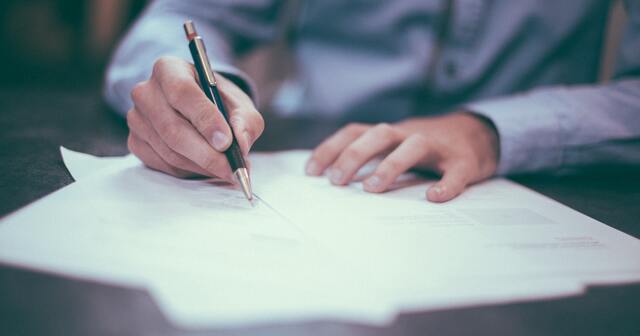 Editor's Note: This article first appeared in The Detroit News on December 21, 2021.

The Michigan Legislature has fast-tracked a new corporate subsidy fund that exceeds $1 billion in value. It is designed to subsidize large, for-profit projects, several of which may involve deals for electric vehicle producers.

That’s very bad news, as scholarly research shows incentive programs to be ineffective and expensive. They are also fundamentally unfair, as they make smaller, local businesses subsidize their own competitors.

The legislation, which Gov. Gretchen Whitmer signed into law Monday, has some decent transparency and accountability features. Unfortunately, the legislation itself was born in secrecy, requiring lawmakers to sign nondisclosure agreements before they receive details about specific projects that the Michigan Economic Development Corp. has in mind to subsidize.

This is not a good omen for greater transparency and reflects larger, national trends that allow politicians to sink more money into destructive subsidy programs. Michigan should reverse course now.

So-called economic development deals across the country often involve nondisclosure agreements, which everyone from governors to city council members to local economic development board officials sign. In some instances, lawmakers have voted to subsidize specific businesses without even knowing which ones they were subsidizing — all due to an NDA.

The goal of using NDAs is clear: Keep the details of deals between governments and specific businesses secret from the public until they can be presented as a fait accompli, rather than a public policy decision that can be debated. As Google confirmed in correspondence with officials in San Jose, “The NDAs are to discourage that,” with “that” referring to public input into a deal the city was making with the internet giant.

We come from different sides of the political spectrum, but we agree that this is a fundamentally corrupt way for government and businesses to operate. Business insiders and politicians shouldn’t be able to decide in secret meetings how public dollars are dispersed. Legislation that will involve so much taxpayer money needs to be debated and designed out in the open.

But the parties involved all know that when members of the public get to look at subsidy deals, they often don’t like what they see. So, they opt for secrecy and obfuscation.

In addition to all the problems inherent in government secrecy is the very efficacy of the subsidies themselves. The Mackinac Center for Public Policy has studied the effectiveness of up to 2,300 deals in Michigan across nine program or program areas back to 1984.

Its 2020 study found that some programs created jobs, but at a huge cost of incentives offered per job. For example, the state’s now failed and defunct Michigan Economic Growth Authority needed to offer $125,000 in incentives per job per year. Clearly, the costs outweigh the benefits of such programs.

What is to be done? The Michigan Legislature should start by banning, not embracing, the use of nondisclosure agreements in corporate incentive packages. Such laws have already been proposed in several states for the 2022 legislative session, including New York and Florida. Doing so will give the public more confidence in their government and perhaps thwart expensive, ineffective subsidy deals before they happen.

The state should also advance legislation to form a compact with other states in the Midwest that would prevent governments from using public resources to poach specific businesses across state lines. Bills to create such a compact were introduced in both chambers and have nearly 30 cosponsors. Enacting a compact would end the destructive tit-for-tat cycle in which states are currently engaged, which only hurts taxpayers.

We understand Michigan’s leaders are upset that Ford decided to build new facilities elsewhere. But that’s no excuse to rush through the sort of programs that have failed the state before, and under a veil of secrecy that prevents the public from understanding the full scope of what’s being done in its name.