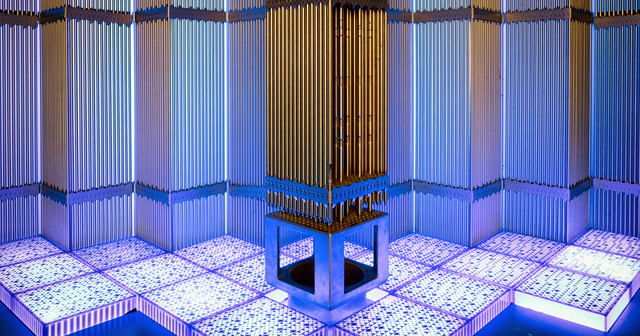 Nuclear Defense: Why Nuclear Energy is Safer Than You Think (Part 1)

When you hear the term “nuclear energy,” what springs to mind? Homer Simpson fishing spent nuclear fuel from his shirt collar? Blinky the mutated, 3-eyed fish and barrels of glowing green sludge? Or does the term evoke thoughts of the accidents at the Chernobyl nuclear facility in Pripyat, Ukraine and the flooding of the Fukushima Daiichi plant near Okuma, Japan?

For many, nuclear power often elicits these or other images of disaster waiting to happen.

In reality, nuclear facilities don’t create green sludge, they generate green electricity. But misrepresentations and misunderstandings about the safety record of nuclear energy give our safest and most reliable electricity resource an undeserved reputation.

Even progressive groups like the Union of Concerned Scientists recognize that nuclear energy has very low CO2 emissions. And nuclear disasters are actually notable for how few people have been injured. But while they may concede that the nuclear industry has a solid safety record, opponents fall back on an old concern: What to do about “radioactive waste?”

“Radioactive waste is already here, and we have to deal with it… It’s a societal problem that has been handed down to us from our parent’s generation. And we are— more or less— handing it to our children,” laments Gerald Frankel, materials scientist at Ohio State University.

But are these lamentations over “radioactive waste” necessary?

While “waste” is a popular way to refer to it, “spent fuel” is more accurate. The uranium removed from reactors still contains as much as “90% of its potential energy” and can be recycled many times over.

“Spent fuel” refers to high-level waste — the radioactive fuel remaining after it has been removed from a nuclear reactor. It’s useful to think of nuclear fuel like AAA batteries: You place them into a reactor as part of the process of generating electricity. You then take them out when you’re finished generating electricity. Batteries are solid going in and coming out, and don’t disintegrate into a glowing green sludge.

Similarly, nuclear fuel rods are solid metal tubes containing ceramic uranium pellets. These fuel rods are bundled into a fuel assembly, then the fuel assemblies are grouped into a fuel load, which is placed in the reactor core. After being used, they are radioactive (unlike batteries), but as with batteries, the waste remains in the fuel rod. It doesn’t spill or ooze out.

All forms of energy make waste, even renewables. Solar panels, for example, create 300 times more waste than a nuclear reactor does per unit of energy produced. Yet unlike other forms of electricity generation, which also produce spent fuel, emissions, or waste products, nuclear energy production accounts for its byproducts and handles them with unparalleled scrutiny.

“Nuclear power is the only large-scale energy-producing technology that takes full responsibility for all its waste and fully costs this into the product,” says nuclear engineer Robert Zubrin. “The compact nature of the limited waste produced by nuclear energy makes it uniquely attractive… In contrast to [the airborne pollution associated with coal], the disposal of nuclear waste is trivial.”

Currently, nuclear power plants in the U.S. store their spent fuel on site in what are called dry-cask storage facilities— massive concrete and steel storage casks. In his documentary, “Juice: How Electricity Explains the World,” filmmaker and author Robert Bryce travels to the now-closed Indian Point nuclear power plant in New York, where we learn that all the spent fuel made in 75 years can be stored on site. In fact, all of the waste produced in the United States since the 1950s could be stored “on a single football field at a depth of less than 10 yards.”

But is it safe to store the radioactive spent fuel? What about radiation?

“Dry storage has released no radiation that affected the public or contaminated the environment,” the Nuclear Regulatory Commission (NRC) writes. “There have been no known or suspected attempts to sabotage cask storage facilities. Tests on spent fuel and cask components after years in dry storage confirm that the systems are providing safe and secure storage.”

Even during the 2011 Fukushima accident, “following a[n]... earthquake and tsunami, spent fuel stored in cooling ponds on-site never leaked radiation or otherwise contaminated the environment, workers or nearby population,” according to the NRC. Dry cask storage has been tested as well; a direct hit by a missile, traveling at 600 mph, could not breach the container.

Nuclear waste, when handled correctly (and we know how to handle it correctly) is not a safety issue. Concerns about spent fuel have led many to write off nuclear as unsustainable or dirty. However, nuclear energy is a source of clean, reliable energy that can and should be used to power the lives of millions, if not billions, of people around the world.