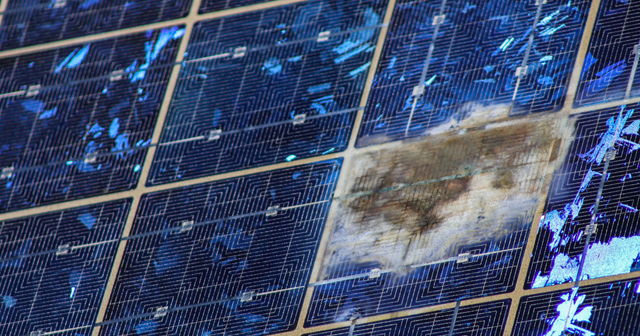 Activists have done an excellent job of marketing solar energy. So much so, that you might think there are no environmental downsides to it. But there are.

The potential impacts of solar photovoltaic electricity begin with the materials used to make solar panels and continue through their full life cycle — from manufacture to disposal.

Most solar cells are made of polysilicon. Polysilicon requires quartz, which must be mined the old-fashioned way. Although safeguards can help protect miners from the risk of diseases such as the chronic lung ailment silicosis, much of the world’s photovoltaic production since 2008 has moved away from the strict environmental and labor regulations required of American manufacturers.

In fact, solar produces 300 times more toxic waste per unit of energy than does nuclear energy, according to Environmental Progress, a Berkeley, California, nonprofit that supports the expanded use of nuclear energy.

Americans have so far been shielded from the worst impacts of this waste, but only because solar currently produces no more than 3% of total U.S. energy, and because we have sent much of solar energy’s manufacturing processes to other countries.

A 2021 Bloomberg NEF report on solar trade and manufacturing indicated that China leads the world in producing solar wafers, solar cells, and solar modules. The report also noted that seven of the world’s top ten polysilicon producers were Chinese-owned. In 2019, two-thirds of the world’s supply of polysilicon was produced by companies based in China.

The Biden administration is targeting ethical and trade issues in Chinese solar production. As U.S. and state government policy continues to push for more domestic solar manufacturing and generation facilities, governments and businesses will have to mitigate their environmental impacts.

The president’s Executive Order 14057 advocates making the United States carbon neutral by 2050 – a dream that would require us to replace the nearly 80% of American energy supplied by fossil fuels. Solar and other renewable sources would need to jump from their current 12% of the energy supply to more than 90%. Nuclear could easily supply the other 10% (or more), but it faces what the Sierra Club and others call “unequivocal oppos[ition].”

Solar manufacturing also requires substantial amounts of raw materials. “While supplying only about 1 percent of global electricity,” Scientific American reported in 2019, “photovoltaics already relies on 40 percent of the global tellurium supply, 15 percent of the silver supply, a large portion of semiconductor quality quartz supply, and smaller but important segments of the indium, zinc, tin, and gallium supplies.”

Solar panels covered an estimated 2,300 square miles (3,700 square kilometers) worldwide in 2018, according to a paper produced by the Stuttgart Institute for Photovoltaics and the Institute for Sanitary Engineering, Water Quality, and Waste Management. The paper estimates that around 1.1 square miles (3 square kilometers) “of solar surface ‘with the pollutants it contains’ [have been] added every day” since.

“Contrary to earlier assumptions,” the Stuttgart Institute study said, “the result shows that pollutants such as lead or carcinogenic cadmium can be almost completely washed out of the fragments of solar modules over a period of several months, for example by rainwater.” When solar panels are damaged by weather, mishandling, or improper disposal, these chemicals can leach into the water and soil.

Solar panels have a relatively short lifespan of 20 to 30 years, compared to the 50-year life cycle of a coal plant or the 80-year life of a nuclear facility. As a result, groups like the International Renewable Energy Agency estimate there will be almost 80 million tons of photovoltaic panel waste globally by 2050.

Similarly, the Harvard Business Review estimates that “[b]y 2035, discarded panels would outweigh new units sold by 2.56 times” and predictes that disposal costs will increase the overall cost of photovoltaic energy by a factor of four. The Manhattan Institute predicts that “[b]y 2050 ... the quantity of worn-out solar panels — much of it nonrecyclable — will constitute double the tonnage of all today’s global plastic waste.”

Many utilities still have no plans to decommission and dispose of their burgeoning supply of solar waste. Instead, electronic waste, or e-waste, often ends up in relatively loosely regulated landfills in developing countries such as India and Ghana. That means wealthy Western nations get to reap the benefits of solar energy during its usable lifespan and then shift the environmental costs associated with its disposal elsewhere.

If those solar panels aren’t sent to another country or put in landfills here at the end of their service life, recycling them will present another challenge. That’s because the cost of recycling a panel can be 10 to 15 times the cost of simply sending it to a landfill.

Those added costs will spell a problem for solar because “Governments may classify solar panels as hazardous waste, due to the small amounts of heavy metals (cadmium, lead, etc.) they contain,” the Harvard Business Review reports. This “string of expensive restrictions” would “crush industry competitiveness.”

These costs for manufacturing, shipping, installing, decommissioning, and disposing of or recycling, combined with the intermittent power solar provides, mean the industry would struggle to stay competitive without generous federal subsidies and state-level mandates.

If gas, coal, or nuclear energy presented similar concerns about materials mining, hazardous waste, worker safety and land use, it’s hard to imagine the public and politicians ignoring them.

Dustin Mulvaney of San Jose State University argues that a “green halo” elevates renewables and shields them from criticism. With activists traveling the world in solar-panel-bedecked sailboats, business leaders tweeting about a solar-powered Europe, and politicians calling for solar energy-infused climate justice, solar energy has benefited from a vast amount of hype. But moving forward requires an honest and clear view of its costs and benefits. We’ll have to do far better than looking at the issue through rose-colored panels.