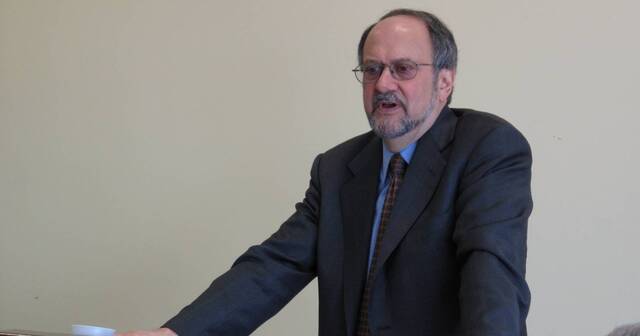 But while the case Kuttner points to – the Flint Water crisis – is a sad example of long-term municipal neglect, the culpability of the private contractors involved is far less clear.

“The French multinational, Veolia, issued a report in 2015 certifying that Flint, Michigan’s water system met EPA standards,” Kuttner writes, adding that the company “neglected to mention high lead concentrations.” But the presumption that the French company was at fault did not stand up in court.

Veolia Water was a defendant, along with the Flint-based engineering consultancy Lockwood, Andrews, and Newman, Inc., in a federal civil trial brought by four people who say they were harmed by poor water quality during the Flint water crisis. The plaintiffs in this case asserted the two engineering firms “failed to take adequate steps to respond to the lead contamination that struck the city.” The two companies responded by saying state and city officials are responsible for the crisis and arguing they were hired to “review the city’s water treatment plant, not the lead service lines and pipes that directly contributed to the lead contamination.”

An acrimonious civil trial went on five months but ended in a mistrial when jurors could not reach a unanimous verdict. Following long and fruitless deliberations, the judge in the case declared a mistrial, in response to concerns about the emotional health of jurors. That result provides some insight into the complexity of the case.

The Flint water crisis is likely a case study in long-term neglect and mismanagement at the municipal level. That neglect was compounded by a decreasing population and the decline of key manufacturing industries, which led to financial challenges for the city. Flint’s situation was further harmed by what a 2018 EPA report on the crisis referred to as “implementation and oversight lapses at the EPA, the state of Michigan, the Michigan Department of Environmental Quality, and the city of Flint.” Numerous other media outlets, from a variety of perspectives, cite “lapses at all levels of government,” as well as alleged corruption in state and city government.

Anna Clark’s book, “The Poisoned City,” describes how Flint’s fiscal mismanagement created serious budgetary and decision-making problems for other levels of government as well. At the height of the crisis, EPA officials in Chicago wondered if limited funds from the Drinking Water State Revolving Fund would be sufficient if other, better managed, cities with lead in their water infrastructure decided to cite Flint’s need for financial aid in order to seek similar aid.

“I don’t know if Flint is the kind of community we want to go out on a limb for,” one EPA staffer said in an email.

There’s no escaping the callous tone of that statement. There is also no escaping the fact that multiple years of fiscal mismanagement in Flint city government was harming citizens and potentially jeopardizing services to other cities around the nation.

The Flint crisis was complex, with several layers of government, multiple public agencies and private actors all involved. Advocates of a more active public sector limit their focus to claims of negligent private companies. But high prices and corruption are more likely to show up in government-run services.

The two government-managed systems discussed in our previous article — those in Flint and Benton Harbor — provide some of the more poignant examples of failed or corrupted infrastructure services.

A 2022 University of Michigan report found that “average inflation-adjusted water costs have roughly doubled for the state as a whole since 1980,” and “10.75% of Michigan households in 2018 had unaffordable water.” The percentage change in water rates, the report said, has surpassed price increases for health care, shelter, transportation, telephone, electricity, food, and natural gas.

Not surprisingly, increased water rates have the greatest impact in urban areas, especially Detroit and Flint. U-M researchers say that “households in large Michigan cities have annual water bills that are, on average, $124 higher than households not located in large cities, while those in poverty pay, on average, $9 more than those who are not in poverty.”

Governments could use market forces to provide better service at cheaper costs, rather than simply accept ideological claims that private contractors are taking advantage of helpless consumers. A more realistic take would recognize that private water producers have government agencies as their primary customer, which tends to empower government administrators.

Private companies offer experience, expertise and other options to officials who manage water and sewer systems, and elected officials should be open to using contractors as a way to improve service. But even with outside help, it remains the government’s responsibility to provide residents with safe, clean, reliable, affordable water and sewers.

One Forbes article published in the wake of the Flint crisis described several potential benefits of using private producers for water services. They include a company’s accumulated knowledge, enhanced efficiency, room for public oversight, and removal of politics from decision-making.

Forbes also touched on a key issue plaguing many aging government-run systems. Rate increases to support essential maintenance and repairs in public systems are driven not by business realities but by politics. Flint had high rates for water, and city officials took money out of the water system to pay for other government services. In doing so, they violated state rules specifically designed to prohibit that type of abuse.

Introducing private contractors into the process of providing water services gives city managers the benefit of market competition while retaining government oversight of water safety and quality. The private sector can bring efficiencies into the design, building, financing, and maintenance of infrastructure, such as water and sewer systems. Additionally, Congressional Budget Office research reminds us that a “private partner’s profit depends on the project’s success, which increases the private partner’s incentive to achieve the best outcome at the lowest cost.”

The CBO also reports that a 2004-05 survey showed that by working with private firms, public entities found “compliance with EPA regulations improved in three-fourths of cases and cost savings were realized.” Another survey of public-private partnerships found 10%-50% savings on forecasted spending levels. A 2006 study by the Water Partnership Council found other benefits: “Municipal satisfaction with partnerships is high, employees are satisfied, and impacts on the environment, customers and the community are positive.”

Companies trying to earn a buck can help governments do their jobs better, so government managers ought to be open to them. These managers should seek help if they see an opportunity for better performance, then seek bids, choose the best option, and monitor the contractor to ensure it does the job well.

Examples like Flint and Benton Harbor demonstrate there is no simple solution to the issues present in Michigan’s aging water infrastructure. But it’s abundantly clear that the free market can help governments improve services and stretch dollars further.