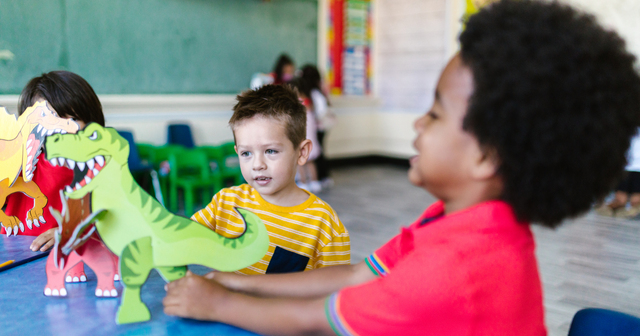 Michigan’s governor wants another major infusion of extra tax dollars into the state’s public schools. The predictable approach has been rewarded with approving media headlines. But one troubling aspect of her proposed spending has received little attention: the extent to which it picks winners and losers.

Gov. Gretchen Whitmer’s new school aid budget comes in two parts. First, she wants nearly $2 billion more to spend between now and September 30, primarily on programs designed to fill classrooms. That includes money to defray college tuition costs for prospective teachers, pay stipends to student teachers and provide the first round of multi-year four-figure bonuses for instructors to stay on the job.

Second, Whitmer put forward a 2023 proposal that would spend 8% more than this year’s approved amount. Excluding federal funds, it would be the largest school aid budget increase of the century. The $18.4 billion executive school aid budget, made up of both state and federal funds, would continue a clear trend of K-12 spending growth. It includes everything from a 5% per-pupil formula boost to more state dollars for facilities, preschool and student mental health.

There’s a worthwhile discussion to be had about broad budget strokes and overall price tags. But her request should not stand as introduced, because it discriminates against certain educators, schools and students without sound reasons.

Whitmer wants to provide a $2,000 retention bonus to teachers across the state, but only to those who are directly “employed by” their districts. Most public charter school teachers are paid as contractors and thus wouldn’t be eligible for the bonus. But there’s no evidence that these schools are less affected by staffing challenges. Nor are there data to support fears of a mass teacher exodus generally.

Next, the governor’s 2023 budget calls for adding “$170 million annually over the next 6 years” to a state fund intended to help local schools pay for building and infrastructure projects. School buildings that are leased, rather than owned, would not qualify for the financial aid. That excludes many charter schools, which unlike conventional districts, lack the authority to raise local taxes to help finance facility additions or upgrades.

Finally, Whitmer explicitly seeks to leave out students who select an online charter school from the promised primary funding increase. Her budget would raise base per-pupil funding from $8,700 to $9,135, but not for students enrolled in online charter schools. This gratuitous decision would save just a tiny portion of the overall budget – estimated between $5.7 and $7.7 million based on recent enrollments – on the backs of select students. If she believes that money is too much, it could come out of another part of the school aid budget.

On the other hand, one could look at this last proposal as progress. The last time Whitmer targeted students to deny them an across-the-board funding increase, it affected students in all charter schools, or about 10% of the state’s public school enrollment. And in 2021, she called for a 20% cut to cyber school formula funding, even as these schools accepted a surge of incoming students.

It’s difficult to take the governor’s budget proposals seriously when they treat charter schools and their students as second-class citizens. The attempts to placate interest groups at the expense of these students belies the praise of state superintendent Michael Rice, who declared that Whitmer’s budget “puts students first.”

Rice’s cheery rhetoric about “students” unfortunately leaves out many students whose families have chosen different public education options. Time and again, the governor has denied parents any say over education funds. Now, while doubling down on attempts to enrich the system, her budget proposal is treating some families’ choices as second-class.

To truly put children first, the Legislature should reject the Governor’s preferential treatment of some students and pursue a different path.