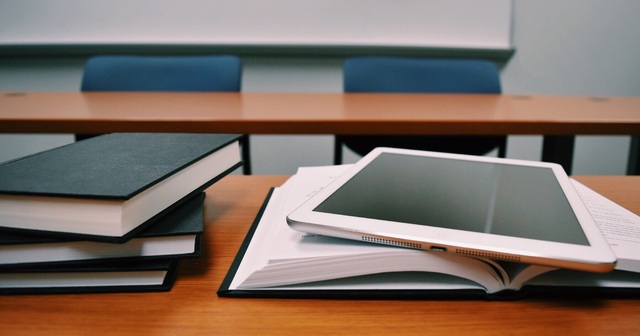 Earlier this month, the Michigan Court of Appeals weighed in on a longstanding legal tussle between two metro Detroit school districts. The proceedings date back a decade, when Warren Consolidated School District first sued the School District of the City of Hazel Park. Warren argues that Hazel Park was “wrongfully depriving [it] of students.”

At issue is Hazel Park’s INVEST alternative education program, one that appeals especially to “Chaldean families hesitant to enroll their children in a typical American public school.” Warren officials asserted that the neighboring district “lured” students who live in their district into the Hazel Park “without … permission.” In the language of the court, the concern is that the “[Hazel Park] did not obtain approval from [Warren] to educate those students.”

Warren began its quest for financial relief a decade ago with a lawsuit. After both the courts and the state department of education denied them satisfaction, the school district filed suit again in 2017. The latest ruling returns the proceedings to circuit court to resolve some details. It isn’t known how much the legal battle has cost taxpayers who underwrite the two districts.

Hazel Park initially partnered with the nonprofit INVEST to operate both a K-8 school and a high school, though the K-8 school closed in 2015. At the time, Invest Roosevelt Alternative High School’s enrollment was on the decline below 200 students, but since has rebounded to about 300.

It isn’t clear how many of the alternative school’s students live in Warren. The state only reports numbers on choice transfers at the district level. Last year, though, 83 Warren residents attended the Hazel Park district, 72 of them in grades nine through 12. In all, over half of Hazel Park’s nearly 3,000 pupils transferred from outside its boundaries. Warren, the state’s 10th largest district, accepted about 1,700 nonresident students, but they make up a much smaller share of its total enrollment.

Most of these transfers happen through Michigan’s Schools of Choice law, in which the state fully funds districts for the nonresident students they take in. Districts are not required to participate, but most do. Most districts also do not sue to recoup funding.

In opposition to a measure that would give many Michigan families greater choice and their children access to more education opportunities, including private schools, the leader of the state’s second largest teachers union declared that public schools are “open to all.” The leaders of Warren Consolidated Schools seem to be conflicted about the idea, though. They welcome in some students who live elsewhere (and the money that comes with them) but have used the courts for years to try to prevent another district from doing the same.

Less conflicted are districts like Grosse Pointe, which declines to accept enrollments from neighboring Detroit, or Birmingham and East Grand Rapids, which each charge five-figure tuition rates for students who apply from outside their boundaries. On the other hand, Michigan charter schools may be the most genuinely public, as they “must serve anyone who applies to attend.”

In a time when frustrated families are flexing their political muscles like never before, Warren’s approach seems especially quaint, though: paying lawyers with tax dollars to argue that the district’s permission is needed for students to enroll elsewhere. Children don’t belong to the education system; they belong to their parents and caretakers. Yet, the interests of parents and the well-being of their children are absent from this legal battle between these two public school districts.