Trust Parents with Schools of Choice 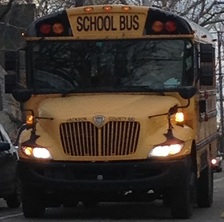 It doesn’t take much to trigger one education official’s strong instinct to constrain parental choice, a reaction not justified by the evidence. State Board of Education President John Austin misused a study on Michigan’s Schools of Choice program to try and make the case for curtailing parents’ ability to find a school that best fit their children’s needs.

The Schools of Choice program is a policy first enacted in the late 1990s that allows Michigan families to enroll students in other traditional public schools across district lines. It is extremely popular with parents.

A recent Bridge Magazine story highlights this by looking at a first-of-its-kind 2015 study by Michigan State University professor Joshua Cowen and graduate student Benjamin Creed. Following a December 2013 Mackinac report that identified long-term growth in Schools of Choice participation, the MSU study found a continuing trend. Between 2002-03 and 2012-13, inter-district choice nearly tripled — from about 40,000 to 115,000 students — even as the state’s overall public school enrollment declined by 180,000.

Factoring out student characteristics that impact test scores, Cowen and Creed found that participation in Schools of Choice yielded, on average, no discernible achievement gains for students on state tests. This finding prompted a drastic overreaction by the State Board of Education President.

Austin was quoted in the Bridge article: “Unrestrained choice is an unmitigated disaster for Michigan. Cross-district choice is less about learning than about competing for students and money.”

Austin would take that constraint even further. He reportedly told Bridge that Schools of Choice students should receive less funding. The MSU study found that “historically disadvantaged” student groups, African-Americans and those in poverty, are most likely to enroll across district lines. His proposal would create incentives that further restrict an opportunity disproportionately used by kids who have more challenges to overcome.

The MSU study found a neutral impact, but it did so based only on standardized test scores. These scores are one key measurement of the value a school adds to a child’s education, but not the only one. And Cowen makes this clear in a blog post about the study: “[Schools of Choice] does not appear to be hurting achievement, overall, so it’s reasonable to consider other ways of measuring its success.” Austin would have been wise to consider this fact before launching his tirade against parental choice.

Parents opt to use interdistrict choice for reasons other than just trying to increase standardize test scores, such as physical safety, academic offerings, extracurricular opportunities, school culture or special programs more aligned with their children’s aptitudes. This latest research suggesting Schools of Choice does no academic harm is not a sufficient cause for robbing parents of the ability to choose a school for these other legitimate reasons.

Austin’s view of Schools of Choice holds the interests of government agencies, in this case school districts, above those of parents and students. Since Schools of Choice isn’t “working,” this thinking goes, get rid of it so as to make life easier for school officials by making it easier for them to budget from year-to-year.

This differs significantly, of course, from a view that places the interests of parents above those of school districts. Parents know better than anyone else the needs of their children, and thus should have the right to choose the best school for their child.

Since Schools of Choice appears to do no harm while providing several unmeasurable benefits to parents and students, it should be continued and even potentially expanded. It’s unfortunate that Austin entirely neglects this point of view in denouncing a popular school choice program.