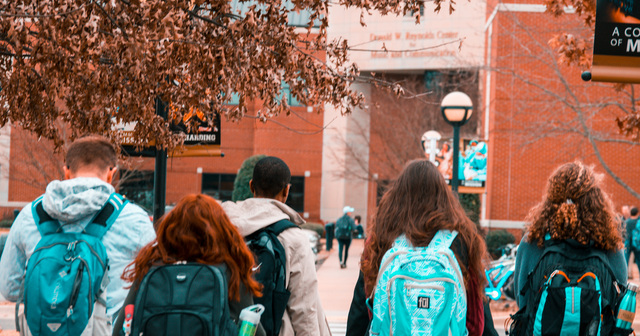 School districts should bring parents to the table

There are unprecedented piles of federal cash at Michigan school districts’ disposal. What truly creative ideas will they embrace to help as many students as possible?

Michigan public schools are collecting an extra $6 billion in combined COVID relief. Most of the money was doled out in a highly uneven fashion, which heavily favored districts that provided little or no in-person instruction last school year. Earlier this year, the Legislature redirected $362 million to raise the funding floor and help alleviate the disparity. Three-fourths of districts will end up with $1,100-$6,000 per pupil from these specific pots of money. Nearly all other districts are taking in far more.

As of Sept. 30, Michigan schools had spent less than 10% of these COVID funds and none of the dollars from the American Rescue Plan, the third — and biggest — round of federal, pandemic-inspired relief. The ARP incorporates a requirement that doesn’t apply to the first two rounds: districts must give opportunity for public input as they craft their spending plans and then post those plans online for all to see. Yet, even researchers at public universities lack a clear picture of how schools intend to use the money.

Like most states, Michigan does not provide any online tools for citizens to track the spending of the unprecedented extra revenues from Washington, D.C. It’s unclear to what extent other reporting requirements may fill the gap, but national reports don’t offer much promise.

Two-thirds of parents earlier told pollsters their districts have failed to ask them for input on COVID-related spending decisions. Members from low-income families were less likely than wealthier peers to have their opinions solicited. As of this summer, most districts under examination had not provided parents and other taxpayers meaningful information about their intentions to spend the federal largesse.

The early returns have been less than gratifying. Anecdotes from far-flung states show money spent on athletic fields, nature centers and ineffective online learning platforms. Sporadic accounts from our own state suggest new summer school and professional development programs may be priorities. A Flint charter school hired an employee to coordinate COVID testing and related responses, while the city’s district office spent a tiny share of its relief to give all students access to a second laptop computer.

It may be a while before we can clearly see how all this added spending plays out and how well districts meet some of the high hopes for use of these funds. By that time, local education officials will have already used up their billions.

As expected, Michigan districts are likely to spend the money on what they know how to spend money on already, even if is this unlikely to help students catch up or excel. Georgetown University’s Marguerite Roza has an idea for those willing to think outside the box: Pay some money to families for completing tasks that can help get students back on track. At minimum, she argues, this approach “sends parents a clear message that families are important partners in this recovery effort.”

It would be encouraging to see even a handful of local officials send this valuable message, which Gov. Whitmer has refused to do. In two cases, she took federal COVID relief dollars off the table for families. First, she vetoed $10 million in reimbursements for enrolling children in summer enrichment programs. She later struck down $155 million designated for parents to find struggling readers the help they need.

More recently, the governor rejected legislation to create scholarship accounts for families in need to purchase education services. The actions taken by the governor continue to pad the public school system’s coffers and protect government officials’ control of the purse, but they also leave moms and dads to fend for themselves.

Local school boards don’t have to follow suit. These days they are hearing more from concerned parents on an assortment of issues. One issue parents should be sure to address is urging districts to involve them in the planning and use of federal COVID dollars. For the sake of the students, districts would be wise to listen.