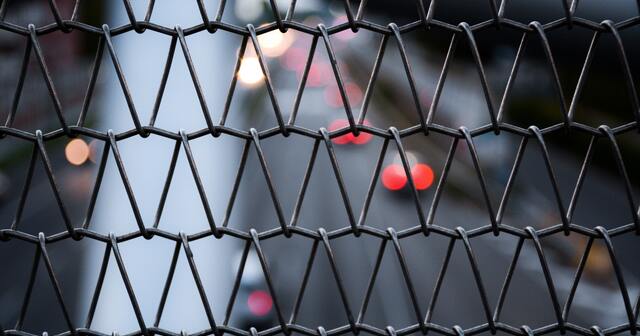 Bail Reform Effort in Michigan: What It Is and What It Isn’t

Michigan lawmakers are considering reforms to Michigan’s bail system, and the result could mean bolstered public safety, more effective public spending and better lives for taxpayers and criminal defendants alike. The Mackinac Center just published a paper that proposed some important reforms to the system of cash bail, and many of these proposals are reflected in a bipartisan package of bills introduced in mid-October. The goal of these bills is not to eliminate cash bail, but rather to ensure that judges consider nonfinancial options first when making pretrial detention decisions.

The ultimate aim of this reform effort is to eliminate the needless detention of legally innocent people in jail and reduce costs of the justice system for taxpayers. The great majority of defendants are eligible for pretrial release on bail, meaning they are entitled to be released from police custody while they await trial. (Defendants who are not eligible include anyone credibly accused of the most serious crimes, such as murder and first-degree criminal sexual conduct.) Moreover, Michigan’s court rules state that defendants should, by default, be released on “personal recognizance,” that is, without having to provide money to the court. Despite these facts, it’s estimated 40-60 percent of all Michigan jail inmates are legally innocent and entitled to bail, but they sit in jail because they can’t afford the amount they were required to pay. So as they await trial, they are behind bars, at taxpayer expense.

In many cases, judges allow defendants to post 10 percent of the bail amount, with the full amount due if the defendant fails to appear for court as required. But even this can be prohibitively costly for some defendants. Anyone who can’t come up with a few hundred dollars for bail is more likely than others to face significant financial trouble if being detained results in missing work shifts or rental payments.

A colleague at a partner organization shared an anecdote about a defendant who was forced to remain in jail for want of $400. He lost his job, and his spouse was forced to quit her job to take care of their children. The family went from having two incomes to none, while taxpayers paid to house the defendant (which in Michigan could have cost more than $100 per day).

In an ideal scenario, that man would have had an attorney present at his arraignment, which is the first appearance in court, when defendants are formally charged with a crime and the judge sets bail. His lawyer could have provided the judge with information about his financial standing or ties to the community to help him understand why the bail amount should have been lower, or perhaps even unnecessary. The defendant would have provided a sworn financial disclosure statement, and the judge would have been provided with a set of questions to help assess, objectively, the defendant’s flight risk or public safety risk. The judge, armed with this data, could have set a more affordable or nonfinancial bail. The judge would have recorded the outcome of these proceeds so that more data about what’s happening in Michigan trial courts would be available to better inform policymakers. The bail reforms currently being considered would move Michigan closer to this ideal.

Reforming bail will have many benefits. It will reduce the disparity of outcomes between poor and wealthy defendants, moving us toward the ideal of equal justice for all. Reforming bail is likely to increase public safety over time, reduce the taxpayers’ burden of needlessly detaining defendants in county jails before they go to trial, and reduce the disruptions to employers, landlords, dependent relatives and the community at large caused by detained employees, parents and citizens. Since we have given the government such an important responsibility as administering criminal justice, we all retain the responsibility to ensure it performs this function safely, effectively and equitably.