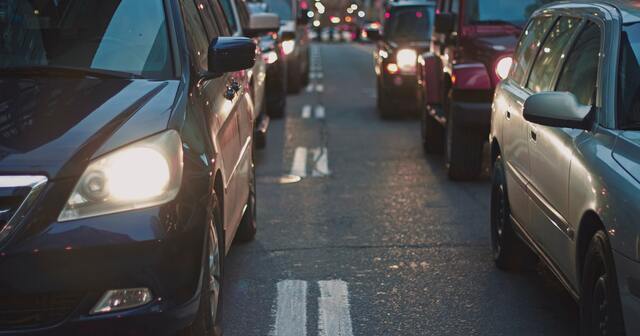 Data on air quality during lockdowns shows no significant impact

The Ford Motor Company recently announced the release of the 2022 F-150 Lightning, its all-electric pickup truck. Unsurprisingly, its announcement was praised for its potential role in helping to reduce vehicle emissions. Although electric vehicles are lauded as a critical component of reducing transportation-related emissions and their impact on the climate, this push to electrify transportation raises at least one question: How much of an impact on air quality will be achieved by the electrification of vehicles?

In the early days of the COVID-19 lockdowns, environmental activists claimed that reductions in human mobility were radically improving air quality. “Humans are the disease,” and the “Corona is the cure.” With Gov. Gretchen Whitmer’s lockdown orders now lifted, human mobility is returning to pre-pandemic levels. As it does, watch for concerns about the levels of air pollutants associated with that activity reappear in media reports.

While the pandemic and lockdowns took their toll on public health, the economy, education and much more, they aided in creating an unintentional natural experiment — thanks to the fact that they caused a significant decrease in automobile traffic. These changing traffic levels were tracked by the Daily Traffic Volume Trends dashboard, created by MS2, a Michigan-based software company. By comparing 2020 traffic levels to those of 2019, one can evaluate the impact vehicle traffic has on air quality.

Beginning March 12, 2020, there was a marked decrease in traffic volumes as compared to the previous year. That negative percentage increased once Gov. Whitmer’s stay-at-home order took effect on March 23. Traffic in April of 2020 was 68% lower than what was recorded in April 2019. It stayed at 50% below 2019’s numbers for most of April. Variations between 2019 and 2020 traffic levels were less pronounced throughout the remainder of 2020, but stayed between 5% to 20% less on average.

Those concerned with reducing air pollutants, such as ozone, carbon monoxide, nitrous dioxide, sulfur dioxide and especially particulate matter (PM2.5 and PM10), regularly recommend reducing vehicle emissions as a key policy fix. Media reports during the lockdowns supported this line of thinking, with statements such as “air traffic is down, fewer cars are on the road, and factories are closed; this means that air pollution has drastically decreased in many parts of the world.”

If vehicle emissions have a substantial impact on air quality — that is, if they cause significant increases in overall pollutant levels — cutting statewide traffic levels in half would have a significant effect on atmospheric pollution levels. However, the data does not seem to support this view.

Take the pollutant PM2.5, for example. PM2.5 particles are incredibly small, less than 2.5 microns in diameter. These dust particles are associated with various combustion reactions like power plant and vehicle emissions, as well as natural fires.

Second, PM2.5 is consistently used as a proxy for many air-pollution policies. As former EPA Administrator Lisa P. Jackson testified in Congress in September 2011, “Particulate matter causes premature death. It doesn’t make you sick. It is directly causal to you dying sooner than you should.” She also testified that PM2.5 causes about 25% of all U.S. deaths annually.

This viewpoint, and others like it, have helped shape the development of air quality standards. Weather Underground states that, “Automobiles in the U.S. cause about 26% of all air pollution deaths in the U.S.” If the reduction of vehicle use in 2020 caused a significant reduction in PM2.5 emission levels, that would give some credence to the push for electric vehicles to reduce PM2.5 emissions.

The level of PM2.5 emissions can be tracked via the EPA’s Daily Air Quality Tracker, which evaluates PM2.5 levels in 17 Michigan counties, and compares the daily Air Quality Index values with the five-year average AQI values, as well as the 20-year highs and lows. Michigan’s AQI values for PM2.5 are all in the Good to Moderate quality range. That is unsurprising as atmospheric pollution levels in Michigan have been below the National Ambient Air Quality Standards for decades, even during pre-COVID-19 traffic levels.

The EPA’s Multiyear Tile Plot, shown below, helps further examine the long-term context and impacts of reduced vehicle emissions. The plot displays the rating of PM2.5 levels every day for the past five years. There is a consistent amount of “Good” and “Moderate” ratings each year. There was very little, if any, difference in PM2.5 air quality levels over the five years, including during 2020’s pandemic.

Wayne County’s PM2.5 levels provide a useful example. Its PM2.5 values improved in April and May 2020 and then returned to “Moderate” levels in June. At first glance, this improvement might appear linked to reduced vehicle emissions. However, the past four years show similar trends in PM2.5 levels during the months of April, May and June.

Long-term context is essential to understanding whether changes in 2020 air pollutant levels are unique. PM2.5 levels return to “Good” later in July and through October, indicating there is a seasonal component to these changes. This general pattern of decreased PM2.5 levels in spring and increased levels in early summer is seen in all five previous years, as well as 2020. This pattern is consistent with the idea that the seasonal weather patterns potentially play a significant role in PM2.5 levels and overall air quality in Michigan.

While the 2020 reduction in traffic volume is unique, the negligible change in air pollutant levels is not. If the hypothesis that humans driving vehicles added significantly to air pollutant levels is correct, then air pollutants during the pandemic and subsequent lockdowns should have experienced an immediate and significant reduction. They did not. The consistency of the seasonal decreases across the five-year average supports the notion that changing traffic levels do not play as significant a role in air quality as many groups and media outlets believe.

The 2020 lockdowns gave us a unique opportunity to test the effectiveness of proposed regulations to reduce vehicle emissions, and by extension, overall air pollution. Michigan’s vehicle traffic dropped by more than half during 2020, but changes to our air quality during the pandemic were minimal. In fact, air pollutant levels were similar to those experienced in previous years when traffic levels were normal.

For this reason, we are confident that the reductions in PM2.5 levels in Wayne County during April and May are more likely due to regular weather patterns and cycles. While they may also have been caused by some other phenomenon, they are unlikely to have been directly related to a reduction in traffic levels or industrial activity during the COVID-19 pandemic and lockdowns. Further study is warranted to determine the actual impact of vehicle traffic on air quality in light of these findings.