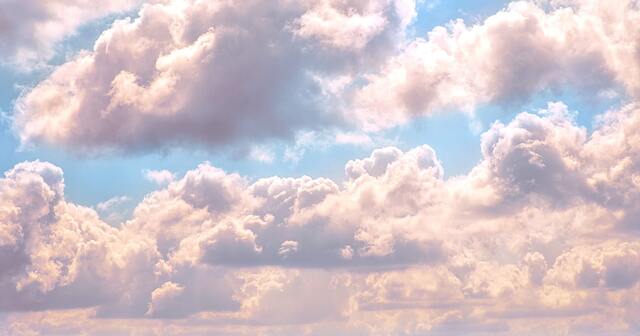 Air pollution has actually decreased over the past few decades

Is the quality of the air getting worse? Changes in government standards — and a focus on the most distressing points in the data — may give that impression. But that data, when viewed from a long-term perspective, shows that air pollution has decreased over the past few decades.

Since at least 1980, air quality in the U.S. has been improving. Michigan has enjoyed the same improving trends, according to the Air Quality Annual Report from the Michigan Department of Environment, Great Lakes, and Energy. Ozone, carbon monoxide, nitrogen dioxide, sulfur dioxide, lead, and particulate matter levels have all decreased in Michigan’s air. But if our air quality is improving, why do we still hear claims that it has been getting worse? 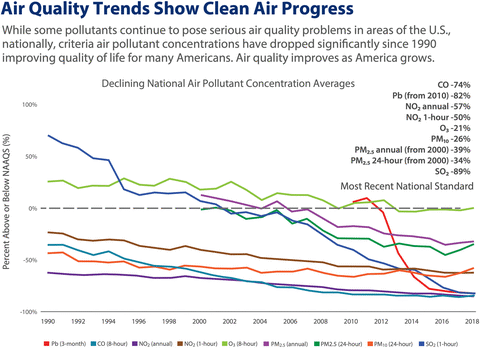 There are numerous ways that air quality data can be presented to make it look like we face greater dangers than actually exist. For example, the EPA can make air quality standards like the Air Quality Index more restrictive. As a result, air that passed a government standard is now considered to be “out of compliance,” or in simple language, polluted. In other words, while emission levels of a substance such as carbon monoxide can remain constant, a new standard can result in a new label. Something like this happened in 2015, when the Obama administration lowered the standard for ozone from 75 parts per billion to 70 parts per billion. As a result, the number of areas classified as being in “nonattainment” jumped from 28 to 241. Again, only the standard changed, not the amount of emissions.

The location of monitoring stations matters, too, and it can lead to misleading data. If air quality measurements are taken in areas with more people or more human activity — close to highways or industrial developments, for example — higher levels of pollutants will necessarily be recorded when compared to nearby rural areas. It is important to remember that cities and industrial areas do not make up the entire country, so air quality measurements should be taken in both urban/industrial and rural settings.

Creating an entirely new standard can raise challenges of its own. For example, Michigan’s air quality monitoring, based on U.S. EPA requirements, only began to record values for particulate matter — effectively, floating dust — in 1971. The EPA then changed the requirements for what had to be recorded. In 1987, states had to report various particulate matters that were smaller than 10 microns. In 1997, another level of detail was added to the standard, requiring that states also measure particulates 2.5 microns or smaller. Better technologies for measuring particulates and an improved understanding of air quality drove the change. But the changes could mislead people into thinking that air previously considered clean was now dirty. Despite the EPA’s increasingly strict standards, however, particulate matter levels in Michigan’s air have fallen and Michigan complies with federal regulations. 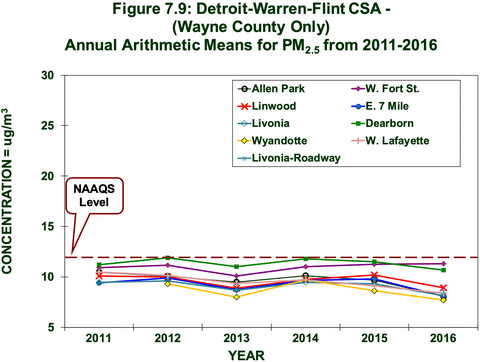 It is important to see the whole picture before judging the data, and Michigan is enjoying very good air quality. In almost every category, the amount of pollution here is below the National Ambient Air Quality Standards, as seen in the state’s 2017 Annual Air Quality Report and the EPA’s “Our Nation’s Air” webpage. 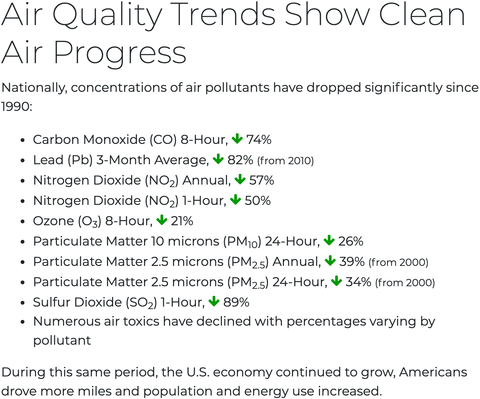 Whether air quality data is taken from industrialized metro areas or spread out more evenly over geographic areas, and whether it is compared to older standards or newer, stricter ones, air quality is improving in Michigan. That’s news worth remembering.