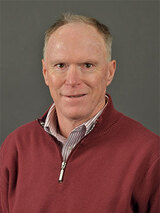 Alexander has held several academic and government positions throughout his professional career. From 1983 to 1984, he was a Visiting Assistant Professor at The College of William & Mary, and then an Assistant Professor at Penn State University from 1984 to 1988. He left to join the Antitrust Division at the Federal Trade Commission in 1988. From 1989 to 1991 he was an economist with the consulting firm, Capital Economics, and an economist with the International Trade Commission before joining the faculty at Western Michigan University in 1991.

Alexander has published widely in the areas of industrial organization, antitrust economics, government regulation, and sports economics in economics journals such as the Southern Economic Journal, Applied Economics, The Review of Industrial Organization, Economics Letters and the Journal of Sports Economics. He is the co-editor (with Werner Sichel) of the volume Networks, Infrastructure, and the New Task for Regulation (University of Michigan Press) and has contributed a chapter to the American Enterprise Institute volume Competitive Strategies in the Pharmaceutical Industry. His current research interests include entry in localized markets, competitive pricing in professional sports, and competition in health insurance markets. In 1986 and 1988, Alexander was the recipient of the Philip S. McKenna fellowship for the Study of Market Economics.

Government Should Mind Its Own E-Business

The State Should Mind Its Own E-Business