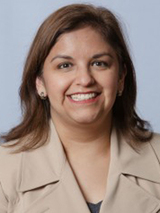 Naomi Lopez-Bauman is an adjunct scholar at the Mackinac Center for Public Policy and the Director of Healthcare Policy at the Goldwater Institute. Before that, she served as Director of Research at the Illinois Policy Institute since 2013. She previously worked as a public policy consultant conducting research on federal and state health care programs, social and economic well-being, pension reform, federal and state health and welfare programs, barriers to entrepreneurship and tax expenditure programs.

Lopez-Bauman previously served as director of both the Center for Enterprise and Opportunity and the Project on Children at the Pacific Research Institute and was a member of the California Senate Bipartisan Task Force on Homelessness. Lopez-Bauman also worked as a research associate in health care and welfare at the Institute for SocioEconomic Studies and as an entitlements policy analyst at the Cato Institute. She also served as special policy advisor to the State of Michigan’s Secchia Commission, which provided recommendations for state government reform.