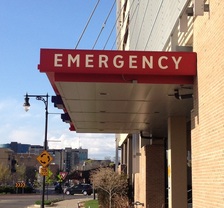 Some lawmakers are considering state-based health exchanges (SBE) as “insurance protection.” An upcoming U.S. Supreme Court ruling in King vs. Burwell could strike down the ACA insurance subsidies in states that have not established a state exchange (including Michigan). State lawmakers should be cautious as this “solution” has a well-established track record of costly failure.

Furthermore, taking action now could not only subject state taxpayers to many future costs, it could also slam the door shut on a congressional fix. The three most-important considerations for state lawmakers are:

If state lawmakers want to further entrench Obamacare in their state by setting up a SBE, they should first answer the question: Are you willing to forgo your taxpayer-subsidized health-insurance coverage and enroll in the exchange?

State lawmakers who would impose more of the costs and rules of the ACA on their own taxpayers should be willing to live under the same set of rules as everyone else.

Given the costs of operating a SBE in future years, the calamitous experience of half the states that have already established one, and that establishing a SBE could limit a state's options for meaningful health care reform, the vast majority of states have, wisely, not embraced this approach. It is the wrong move at the wrong time.

State lawmakers should not double-down on ACA failure. It is up to the federal lawmakers to remedy the situation.

Republished with permission of author and Foundation for Government Accountability. Original article is available here.