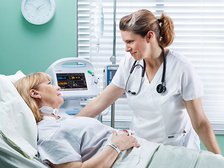 States have seen Medicaid costs skyrocket over the last decade as the program has expanded to cover many more individuals than originally intended. But new guidance from the federal government gives states the flexibility to innovate in administering the program amid budget-busting health care obligations.

The newfound flexibility comes from the Center for Medicaid Services, which last week issued long-awaited changes to federal guidance for the Medicaid program, which includes giving states the authority to institute work requirements for able-bodied beneficiaries. While the true impact will be more limited than many opponents and supporters of the change assert, it nevertheless gives state lawmakers an opportunity to work toward establishing greater flexibility in their Medicaid programs.

Take Michigan, for example. State lawmakers have renewed conversations about Michigan’s rising Medicaid expansion costs, which will likely trigger the need for reauthorization by the Legislature this year.

While Congress originally established Medicaid to provide a safety net of health care services to the most vulnerable, it now accounts for more than one-third of Michigan’s state budget. Though Michigan’s Medicaid expansion under the Affordable Care Act was originally projected to add 450,000 to 475,000 able-bodied adults to the Medicaid rolls, that number has now ballooned to over 600,000. As of 2015, Michigan’s Department of Health and Human Services reported that Medicaid pays for nearly 45 percent of births in the state, rising to over 60 percent in some counties. The Foundation for Government Accountability’s Jonathan Ingram recently noted that between 2000 and 2016, Michigan’s Medicaid enrollment skyrocketed by 71 percent. This liability inevitably puts pressure on other state spending priorities, such as education and transportation.

Yet, Michigan lawmakers can now seek relief from some burdensome federal requirements through the Social Security law’s section 1115 waiver application process. According to the new guidance letter issued from the federal Medicaid agency to state Medicaid directors, states may now develop work and community engagement requirements for able-bodied adult populations. That group of people includes those who are not elderly, do not have minor children, are not pregnant and are not in the program based on a disability.

According to a note in the newly released guidance:

States will have the flexibility to identify activities, other than employment, which promote health and wellness, and which will meet the states’ requirements for continued Medicaid eligibility. These activities include, but are not limited to, community service, caregiving, education, job training, and substance use disorder treatment.

While state lawmakers should consider this newly permitted option, they also shouldn’t be deterred by inflated fears of its impact on those who can’t find work. Given the many activities that qualify as work and community engagement, the majority of those who are not currently working full- or part-time already engage in a qualifying activity or would not be required to do so.

So far, at least 10 states have filed for 1115 waiver authority to impose work and community engagement participation as a requirement for continued Medicaid eligibility. Just days ago, the federal government approved Kentucky’s waiver proposal, which includes work requirements. The move makes Kentucky the first state in the nation to receive such permission, and others will likely follow. Despite the limited impact, the new guidance is important because it is the first time in almost a decade that an administration is openly encouraging states to innovate and reform.

The flexibility to pursue work and community engagement activities for the able-bodied adult Medicaid population is, we hope, not the end to reform. Other steps should allow — and encourage — state policymakers in Michigan to re-imagine Medicaid to reflect and meet their own state’s needs in 2018.