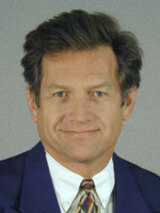 Samuel A. Walker is the former communications specialist for the Mackinac Center.

In addition to writing and editing Viewpoint commentaries and news releases, Walker edited the Center's many studies, pamphlets and publications, including Michigan Privatization Report, Michigan Education Report and the IMPACT! newsletter.

Walker came to the Mackinac Center from The Heritage Foundation, Washington's preeminent conservative think tank, where he served as director of editorial services in Heritage's award-winning public relations department. Before that, Walker was an on-air reporter and producer of television news and also served on the staff of the U.S. Senate Republican Conference.

Walker has a bachelor's degree in political science from Claremont-McKenna College in Claremont, Calif.

By Samuel A. Walker

Pulling down the edifice of knowledge

A Mixed Message to Children: Say "No" to Drugs, but "Yes" to Ritalin?