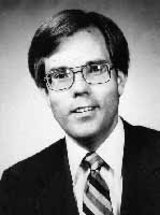 He is author of a forthcoming book entitled Labor Law Versus Liberty; he is also the book review editor for The Freeman and has written essays for The Wall Street Journal, the Detroit Free Press, and The Detroit News.  He also lecturs and debates frequently on a variety of topics involving the economic and moral virtues of freedom and the harms of statism.

Candidate for U.S. Congress in 1984 on Libertarian Party ticket.

The War Against Excellence

National board teacher certification little benefit for the money

Michigan Not a Big Supporter of National Certification Program

Should Good Relations with Employees Be an Unfair Labor Practice?

The Arts: Too Important to Depend on Politics