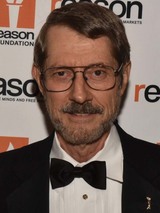 Robert Poole is director of transportation policy at the Reason Foundation. He received his B.S. and M.S. in mechanical engineering from MIT. His 1988 Reason policy study invented the concept of express toll lanes, and he helped Caltrans introduce the first such project during 1990-95. Today there are more than 60 such facilities in operation nationwide. He has advised the U.S. Department of Transportation and half a dozen state DOTs on transportation issues. In 2003-04, he was a member of the Transportation Research Board’s special committee on the long-term viability of fuel taxes for highway funding. He served many years on the TRB standing committees on congestion pricing and managed lanes. Poole writes a monthly column on transportation policy for Public Works Financing and publishes the monthly Reason e-newsletter Surface Transportation Innovations. His book, “Rethinking America’s Highways,” was published in 2018 by the University of Chicago Press, with a paperback edition released in 2021.