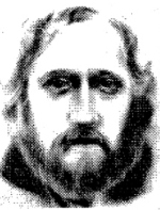 The late Dr. Stephen P. Dresch served on the Mackinac Center for Public Policy Board of Scholars until his death in 2006. Elements of his distinguished academic and professional career appear below.

Detroit Free Press on the Passing of Stephen Dresch

Director, Research in the Economics of Higher Education, and Lecturer, Economics & Institution for Social and Policy Studies, Yale University, 1972-5

Visiting Scholar, Institute of Economics and Forecasting of Scientific and Technological Progress, U.S.S.R. Academy of Sciences, 1988

Contributor of The Economics of Fundamental Research to J. W. Sommer, ed., The Academy in Crisis: The Political Economy of Higher Education (New Brunswick and London, Transaction Publishers, 1995, for Independent Institute), recipient of the Sir Antony Fisher International Memorial Award (1996)

Destroying the Environment to Save It

Destroying the Environment to Save It: The Sad Saga of Richard and Nancy Delene