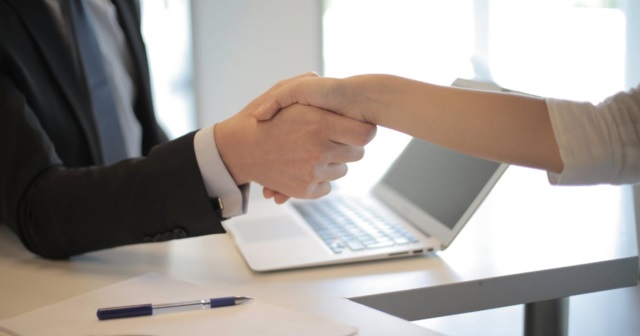 In the wake of the COVID-19 pandemic, policymakers are considering whether to extend the $600 weekly unemployment insurance bonus payments Congress established earlier this year. However, with the number of new deaths decreasing, and everyone learning how to protect themselves from the novel coronavirus better, lawmakers should encourage people to find ways to return to work safely. Moreover, they should consider a superior way of preparing for the next recession: unemployment insurance savings accounts.

In our current system, employers pay taxes that go into a pot to pay out benefits when workers become unemployed. Congress should instead allow employers to contribute to individual unemployment insurance savings accounts. This alternative could remove some of the inherent inefficacies of the current system, which hinders progress toward economic recovery.

Here's how it would work. Workers would contribute part of their wages to savings accounts that accumulate interest, and they could tap into their account if they become unemployed. This is in contrast to the current system, which relies on taxation and a state unemployment office.

Unemployment accounts would shield workers from the costs of involuntary unemployment, but they would also encourage people to get back to work.

Several problems in the current system could be avoided with this alternative. For one, unemployment insurance tends to encourage people to stay unemployed, even though we usually want people to stay connected to the workforce. Our federal lawmakers know this, which is why they used the CARES Act and its $600-a-week extension of benefits to encourage people to stay home as a way to reduce spreading the virus. In some cases, the extension even replaced more than 100% of a worker's lost wages. Those who were making less than $24.45 per hour were likely making more on unemployment with the $600 bonus than they were while working. One estimate from the University of Chicago found that 68% of unemployed workers eligible for benefits were in that situation. Now, things are changing, and states and employers are looking for ways to reopen the economy safely. Without significant reform, however, extending the $600 weekly payments would encourage people to stay unemployed, even though we would prefer workers to start returning to work and begin the economic recovery.

That our current unemployment insurance encourages lengthier periods of unemployment is not a new complaint. Economists have found that in past recessions, increasing benefits and extending the benefit period increases the amount of time people remain unemployed. This recession is no different. Extending benefits now is likely to increase the duration of unemployment spells and lead to a slower economic recovery.

Unemployment accounts avoid this problem. Since workers own the money in these accounts, they have a strong motivation to preserve their funds. And if they do decide to tap their account, they could do so without having to wait for administrators to validate their claims, a bonus for their mental and financial health. Consider that since March, approximately 12,000 people in Michigan have applied for unemployment insurance and are eligible for them, but have yet to receive anything. Unemployment accounts, by contrast, would likely be administered like retirement savings accounts, reducing the bureaucratic roadblocks to receiving benefits.

Moreover, the system as it is currently set up tends to burden employers with unexpected rate increases during recessions. Unemployment insurance taxes are based on how many people a business puts on unemployment, which means that recessions generally increase them. In addition, states often have to borrow money from the federal government during recessions to keep their funds solvent. They then increase unemployment insurance taxes to pay down those debts. The burden of these higher taxes falls largely on the workers themselves, as employers lower their take-home wages in response to the higher taxes. Unemployment accounts avoid this problem by keeping contribution rates consistent over both recessions and economic expansions, reducing unexpected shifts in costs.

Unemployment accounts address, then, some of the shortcomings of the current system. Moving away from the current system of centralized payouts could further encourage economic growth as the country recovers from the initial wave of the COVID-19 pandemic. In short, it’s a better way to help people through difficult times of unemployment than what we have right now.

House Bill Could Help Michigan Get Back to Normal