The rise of administrative bodies probably has been the most significant legal trend of the last century and perhaps more values today are affected by their decisions than by those of all the courts, review of administrative decisions apart. They also have begun to have important consequences on personal rights. They have become a veritable fourth branch of the Government, which has deranged our three-branch legal theories much as the concept of a fourth dimension unsettles our three-dimensional thinking.

Courts have differed in assigning a place to these seemingly necessary bodies in our constitutional system. Administrative agencies have been called quasi-legislative, quasi-executive or quasi-judicial, as the occasion required, in order to validate their functions within the separation-of-powers scheme of the Constitution. The mere retreat to the qualifying ‘quasi' is implicit with confession that all recognized classifications have broken down, and ‘quasi' is a smooth cover which we draw over our confusion as we might use a counterpane to conceal a disordered bed.

The fundamental question of the role of administrative agencies continues to vex both state and federal courts. To a certain extent, this Court is asking whether it should emulate the federal model of almost complete deference to "rules" made either through notice-and-comment rulemaking or formal adjudication (i.e. whether this Court should adopt Chevron deference)[3]. It should not.

Michigan allows less latitude in its delegations of legislative power to administrative agencies. Michigan has an explicit separation-of-powers clause, an administrative-review clause, and an agency-rule clause in its constitution, all of which are lacking in the federal constitution.[4] There are strong indications that Michigan's 1963 common understanding was that administrative power was being curtailed, not expanded. In this vein, even if this Court were to eventually hold that some sort of Chevron-type deference to agency action might be appropriate when an agency is engaged in notice-and-comment rulemaking (a question not presented in this case), no such deference should apply when an agency seeks to create a "rule" in a formal adjudication.

A discussion of the federal model will provide context to the standard-of-review issue involved in this case.

[4] These provisions and the other potentially relevant Michigan constitutional provisions are set out and discussed below. 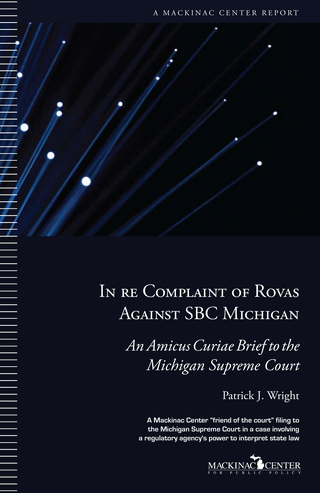