Bill would give more control to state board, less to state superintendent 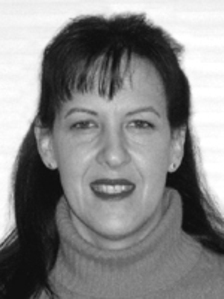 A grassroots group is pushing on several fronts for changes in the way special education is delivered in Michigan.

One member of the Michigan Alliance for Special Education has brought scrutiny — and change — to the way Michigan determines if its secondary special education teachers are "highly qualified." Another member has requested an investigation into whether Michigan violates federal law regarding placement of special education students in private schools.

Further, alliance leaders are lobbying legislators to pass a bill that would remove authority for some special education decisions from the Michigan superintendent of public instruction and return it to the Michigan Board of Education.

Marcie Lipsitt, a parent from Franklin, and Karen Barnhart, a parent from Beverly Hills, Mich., say they believe an elected board would be more accountable to parents of special needs students.

"We elect the state board. We vote them in. We can vote them out," Lipsitt said. 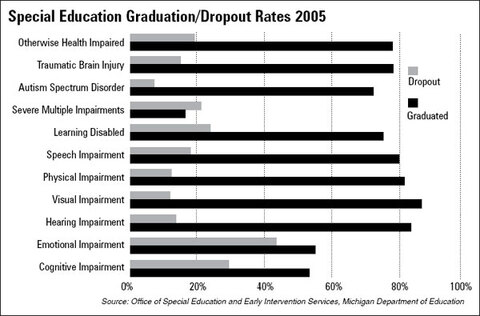 The women, both parents of sons with special needs, are founders of the alliance, which they say has several hundred supporters. Lipsitt won a lengthy battle with Birmingham Public Schools over her son’s educational plan, concluding when a hearing officer ruled that the district had to pay for the youth’s in-home, private instruction, a rare occurrence in Michigan special education.

Barnhart also disagreed with her son’s educational plan, so she removed him from his assigned public school and enroll him in a private school at her own expense. She then filed a complaint with the Michigan Department of Education alleging that although the federal Individuals with Disabilities Education Act says that public schools may place children in private settings and cover the costs as a way to provide an appropriate education, Michigan school districts routinely avoid doing so.

Sixty-four parents signed the complaint, which is now under investigation. (See related story.)

Even though the overall graduation rate among the special education population in Michigan has increased steadily in the past decade, from 33 percent in 1996 to 70 percent in 2006, Lipsitt calls it "abysmal."

Lipsitt is the parent who contacted the U.S. Department of Education to question the policy allowing Michigan to count secondary special education teachers as "highly qualified" if they passed an elementary-level content examination. Lipsitt had raised the same issue at the state level, but with no results, she said. The federal department notified the Michigan Department of Education in October that secondary teachers must demonstrate competence at the secondary level, either by passing a secondary level content examination in each subject they teach or by alternate methods, such as a portfolio showing experience and relevant education.

The result is that some secondary level teachers who thought they were "highly qualified" under the federal No Child Left Behind Act might not be, or might have to use a different procedure to prove it. It also likely means that the number of "highly qualified" teachers reported by Michigan is inflated. The state has until December 2008 to submit a more accurate count, and teachers have until 2009 to meet the new standard.

"I just want the Michigan and the federal government to be on the same page and not do things that are useless, not waste our time," high school teacher Kelly Campbell was quoted as saying in the Lansing State Journal. "Figure it out and be done with it."

Jan Ellis, spokeswoman for the state Department of Education, told the Detroit Free Press that, "At the time, this (the elementary test) was believed to be an appropriate means to meet the requirements — until guidance from the federal government directed us to amend the requirements."

But Lipsitt said that many middle school and high school special education students are in programs leading to a standard diploma and that "no one will convince me that our students aren’t better off with a trained teacher with knowledge in content."

"I am thrilled that the U.S. DOE took my concerns so seriously," she told Michigan Education Report. "Far too many people believe that students with disabilities can’t reach grade level proficiency and beyond."

In addition to the issue of highly qualified teachers, Lipsitt and Barnhart also are pressing for changes in the practice of allowing intermediate school districts to use "alternative plans" for special education services. They believe such plans water down programs by allowing schools to increase class size, age range or teacher caseloads. School administrators disagree, saying the alternative plans allow them flexibility in providing services.

One example is the rule stating that programs for students with specific learning disabilities must be limited to 10 students per classroom at one time and that the teacher should not be responsible for instructional programming for more than 15 students. Alternative plans approved for the Oakland, Wayne and St. Clair intermediate districts allow for teacher caseloads of 20, 18 and 18, respectively, as well as larger class sizes with the help of an aide. A spot check of plans posted at intermediate district Web sites throughout Michigan shows that a number of districts operate under alternative plans.

"It’s being used in an incredibly disturbing way," Lipsitt said. "ISDs use it to override all the other rules."

Special education administrators disagree, saying that the rules are outdated. Michigan rules were written at a time when children with disabilities spent the whole day in a single classroom with the same teacher, said Kevin Magin, executive director of special education for the Wayne County Regional Educational Service Agency.

"Some of our rules are 1980s rules and our services are 21st century," he said. Today, most special education students spend at least part of the day in a regular education classroom, spreading the responsibility for their instruction among teachers.

"I could have 10 kids on my caseload and if I see each of them one hour a day, I have a full-time equivalent of one kid," he said.

Lipsitt and Magin both said that more special education students can and should graduate from high school. Approximately 80 percent of students identified as having special needs in Michigan are within normal IQ range, according to information from the state department, while the graduation rate is about 70 percent.

"Even with progress, the numbers are abysmal," Lipsitt said.

Alternative plans must be approved by the state Superintendent of Public Instruction, currently Michael Flanagan, but under House Bill 5323 that authority would revert to the Michigan Board of Education. Introduced by Rep. Fred Miller, D-Mount Clemens, in October 2007, the bill would effectively rescind a 1996 gubernatorial order moving some decision-making authority from the board to the superintendent.

Lipsitt is lobbying hard for the legislation, saying the executive order stripped too much authority from the board. More than 60 legislators have signed on as co sponsors, but the bill had not been scheduled for a hearing as of mid-January.

Three state board members who talked with Michigan Education Report had varying opinions on the proposal. Elizabeth Bauer, a longtime advocate for special needs populations, said that she would support the legislation.

"Before 1996, those waivers had to be approved by the state board," she said, and parents or advocacy groups often showed up at board meetings to testify for or against the plans. "When all of those authorities were transferred, it kind of cut the board out of the process. It cut the people out of the process."

But John C. Austin, board vice president, said the board’s proper role is to set policy, including special education policy, then see to it that the state superintendent carries it out.

"It is totally unrealistic for the state board to take up every waiver request," he said. "It is not workable or appropriate."

Parents can approach the state board directly with concerns, as they have done in the past on other issues, Austin said. "We have, as always, the opportunity and responsibility to ask questions about it."

Board President Kathleen Straus was the lead plaintiff in a lawsuit against former Gov. John Engler over the 1996 executive orders. A circuit court ruled against Engler, but the decision was overturned on appeal and the Michigan Supreme Court declined to review the case. Straus, a board member since 1992, said she prefers the system under which the board approved any special education waivers.

Under the current process, "We don’t see decisions until after they’re made," she said.