Should 'An Inconvenient Truth' be shown in science class? No.

Film is politics hiding under veneer of science 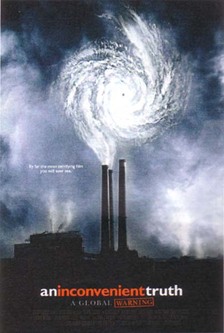 The snowcaps of Mount Kilimanjaro are receding. That’s a measurable fact. Some well-respected scientists believe it’s due to generalized global warming, while other, equally well-respected scientists believe the cause is deforestation around the base of the mountain that reduces available moisture. Still others believe it is a combination of the two. One fact and three differing opinions — contributing equally to a rich scientific discourse.

But there is no room for differing opinions in "An Inconvenient Truth," the film about climate change, specifically global warming. Viewers are led to believe that all reputable scientists believe that Mount Kilimanjaro’s receding snowcaps are proof positive that global warming is destroying the world as we know it. Scientists believing otherwise are incompetent charlatans or sinister, money-hungry conspirators.

At their hearts, science and education are about expansiveness, exploration and discovery. Politics, on the other hand, is about domination, indoctrination and exclusion. The problem with "An Inconvenient Truth" is that it hides the sensibilities of politics under a thin veneer of the sensibilities of science.

To call "An Inconvenient Truth" a documentary is intellectually dishonest. It’s basically a vehicle for bringing Al Gore’s slide presentation to a wider audience. At its core, Al Gore’s presentation is a political polemic designed to demolish any and all opposition.

Let’s agree that the Earth is warming and that there is evidence that mankind is partly or even largely to blame. That is not the issue. The issue is whether this particular movie is the right vehicle for studying the problem in the classroom. What makes for good "edutainment" in theaters does not always translate to good education.

The deliberate distortion of some of the video footage designed to make Al Gore look spectacular and his opponents look sinister is problematic. With years of experience covering events on Capitol Hill, I know the level of technical quality available to those covering hearings. The footage of U.S. Sen. James Inhofe, R-Okla., appears to have been deliberately post-processed and compressed to give him an unsavory look. It’s inconceivable that any file footage by professionals covering congressional hearings at that time would have been that bad. This should be no small point to teachers committed to truthfulness and fairness. Deliberately distorting images smacks of indoctrination rather than education.

Equally problematic for educators should be the fact that the same techniques and tricks one brings to demolishing political opponents were expanded and brought to bear on scientists and researchers having come to conclusions that might undermine Gore’s position. Is there any serious give-and-take on the scientific merits of any of Gore’s claims? No. In fact, he declares that all serious researchers agree with his presentation, which is patently false. Applying political methods to science, he ascribes sinister motives to well-respected scientists who disagree with his conclusions. This is intellectual dishonesty at an intolerable level. It treats science and scientists as pawns of politics and demeans the scientific process.

Global warming is a serious topic, and plenty of serious resources addressing it are suitable for classroom use. But a political polemic that sends the message that scientific thought must be monolithic and subservient to politics is certainly not among them.

Tom Meeks, of Maryland, is a former elementary and middle-school science teacher who has produced documentary and educational films for the National Park Service and has worked for various news agencies.