Privatization is Here to Stay 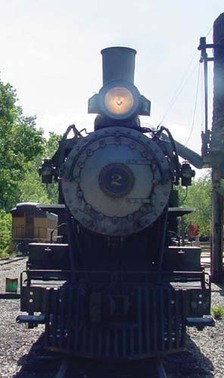 Genesee County has hired a firm to identify privatization opportunities for its Crossroads Village. Private firms are involved in 53 percent of all private service evaluations.

While privatization of government services continues to increase, union opposition remains fierce. Public-sector unions, such as the Michigan Education Association and the American Federation of State, County and Municipal Employees, have opposed privatization — particularly when it involves the unions’ own employees. AFSCME has even created a Web site devoted to fighting privatization. Surveys and studies, however, continue to show that as a management tool, privatization is both acceptable and effective.

The data show that privatization is a time-tested way to improve the efficiency of providing municipal services.

One key survey, performed by the International City/County Management Association, polls municipal chief administrative officers roughly every five years. The association’s most recent survey (2002-2003) produced a number of illuminating statistics about the efficacy of privatization.

The survey found that 58 percent of all municipalities investigated privatizing some service in the previous five years, and 88 percent of those responded that those investigations were driven by internal attempts to decrease the costs of service delivery.

The belief that privatization might lower government costs is well-founded. While the latest ICMA survey did not survey cost reductions, the ICMA’s 1997 survey showed that savings from privatization generally hovered between 16 percent and 20 percent, depending on the service. A 1988 ICMA survey showed savings in roughly the same range.

Privatization has become so widespread and publicly acceptable that even the evaluations of a privatization initiative are frequently handled by private professionals and consultants. In fact, this strategy is employed in 53 percent of private service evaluations, according to the most recent ICMA data. For example, Flint once hired a firm from Indianapolis to evaluate privatization prospects for its historic Crossroads Village.

According to the ICMA 2002-2003 survey, only 41 percent of surveyed managers encountered an obstacle of some kind as they privatize. The most common obstacles involved objections from the city’s own employees and restrictions in the municipality’s current labor contracts.

Perhaps the most telling privatization statistic is found in a study of managers of America’s largest cities performed by West Virginia University scholars. Of the 66 respondents to the survey, every single one was satisfied with their overall experience with privatization.

The 2002-2003 ICMA survey asked city officials about their quality controls both before and after the decision to privatize. The survey showed that 53 percent of local governments do not evaluate their private service delivery after it has taken place. This can be interpreted in various ways. One possibility is that such privatizations are commonly accepted and municipalities find little need for formal evaluations. After all, it takes time and resources to perform an adequate cost comparison or to conduct a citizen survey about the quality of the private service delivery. As long as government officials find that the services are being rendered as anticipated, officials may not see the need for closer inquiry. Another possibility, however, is that municipalities are missing opportunities to conduct more thorough analyses to ensure that their privatized services are delivered as efficiently as possible.

Despite the success of privatization, there is room to improve many municipalities’ privatization processes. Fifty-six percent of local governments do not undertake activities to ensure success in private service delivery before the decision is made. These activities can include benchmarking services with other municipalities, hiring consultants to analyze the feasibility of private alternatives, or establishing an advisory committee to guide the implementation of privatization.

Municipalities will generally benefit from improvements in their privatization process. The most common means of promoting success beforehand — adopted by 71 percent of governments that took preliminary steps — was looking for examples of successful privatization in other municipalities. The second-most popular activity was to hire consultants to perform feasibility studies.

A number of government units allow their own departments and employees to compete in the bidding process with outside firms. This allows municipal management to determine if privatization would provide more benefits than the existing system. Competitive bidding can also lead current employees to make concessions to improve the attractiveness of their bid.

Unfortunately, many municipalities do not take a comprehensive approach to privatization, treating the idea as a way to make ends meet during difficult fiscal times. The 2002-2003 survey found that 50 percent of privatizations were spurred by external fiscal pressures.

Cities could benefit from a comprehensive approach to privatization. One way would be to maintain a regular schedule for investigating alternate ways of providing services. Knowing that certain services will be investigated in a timely and uniform process keeps competitive pressure on the city’s current services and allows outside vendors time to plan for a formal bid, both of which can improve municipal services.

The data show that privatization is a time-tested way to improve the efficiency of providing municipal services. The data also reveal that more can be done. While cities continue to pursue privatization strategies, they should not let criticism from public-sector unions stand in the way. Instead they should inform the public about privatization’s proven track record and forge ahead with practices that will help municipalities better serve the public. 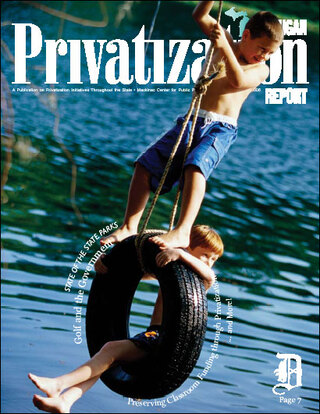