Patrick J. Wright is senior legal analyst at the Mackinac Center for Public Policy, where he directs the Legal Studies Project. He joined the Center in June 2005 after serving for three years as a Michigan Supreme Court commissioner, a post in which he made recommendations to the court concerning which state appeals court cases should be heard. His writings for the Center have appeared in The Wall Street Journal, The Detroit News and a variety of other newspapers.

Prior to his work with the Michigan Supreme Court, Wright spent four years as an assistant attorney general for the State of Michigan, where he gained significant litigation and appellate advocacy experience. He joined the state Attorney General’s Office after one year as a policy adviser in the Senate Majority Policy Office of the Michigan Senate. Wright also spent two years as a law clerk to the Hon. H. Russell Holland, a U.S. district judge in Alaska.

Wright received his law degree at George Washington University in Washington, D.C. He graduated with honors in 1994. He received his undergraduate degree in political science from the University of Michigan in 1990.

Wright lives in Chelsea, Mich., with his wife and two sons. 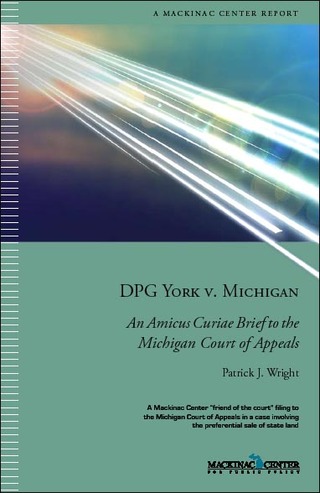