Catholic schools and the common good 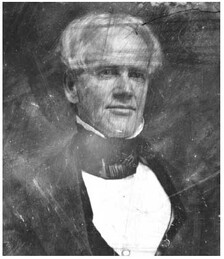 Horace Mann, generally regarded as the father of American public education, once said, “Let the Common School ... be worked with the efficiency of which it is susceptible, and nine tenths of the crimes in the penal code would become obsolete; the long catalogue of human ills would be abridged.”
Library of Congress Prints and Photographs Division, [LC-USZ62-109928 DLC]

The Roman Catholic Church has been much in the news this year, with the passing of Pope John Paul II and the appointment of his successor, Benedict XVI. Rightly so. John Paul II’s part in hastening the liberation of Poland from totalitarian communism was, by itself, a remarkable contribution to human freedom.

But as the world reflects on this transition within the church, the people of Michigan should not lose sight of another major shift taking place closer to home: the closing of many Catholic schools in and around Detroit.

When state-run public schooling was first championed in Massachusetts in the early 1800s, it was under the banner of "the common school," and it was touted more for its predicted social benefits than its impact on mathematical or literary skills

The leading common school reformer of the time, Horace Mann, promised, "Let the Common School be expanded to its capabilities, let it be worked with the efficiency of which it is susceptible, and nine tenths of the crimes in the penal code would become obsolete; the long catalogue of human ills would be abridged."

Having experienced more than a century-and-a-half of a vigorously expanding public school system, Americans are no longer quite as sanguine about the institution’s capabilities. Nevertheless, there is still a widespread belief that government schools promote the common good in a way independent private schools never could.

Is that belief justified?

Scores of researchers have compared the social characteristics and effects of public and private schooling. They have found little evidence of any public-sector advantage. On the contrary, private schools almost always demonstrate comparable or superior contributions to political tolerance, civic knowledge and civic engagement. One group of private schools stands out as particularly effective in this regard: those run by the Catholic Church.

The late great sociologist James Coleman repeatedly found that when he compared Catholic schools to their public-sector counterparts, they were more effective in educating low-income and minority students, they engendered greater parental participation and sent far more of their graduates to college — all after controlling for differences in the characteristics of public and private school families.

Coleman’s findings were echoed by the team of Anthony Bryk, Valerie Lee and Peter Holland in their 1993 book, "Catholic Schools and the Common Good." Lee (a professor of education at the University of Michigan) and her colleagues concluded that Catholic schools outshine public schools in raising student achievement, diminishing racial and economic achievement gaps, sustaining teacher commitment and promoting student engagement.

More broadly, they noted, "Although the common school ideal inspired the formation of American public education for over one hundred years, it is now the Catholic school that focuses our attention on fostering human cooperation in the pursuit of the common good." More recent studies and journalistic investigations have further corroborated the Catholic school advantage, particularly for disadvantaged students. Given Catholic schools’ superior social and academic effects, it would seem sensible to structure education policy so as to make Catholic schooling more readily available — especially to the low-income and minority families whose children benefit disproportionately from the schools’ services.

We have done the opposite.

Though parental-choice programs like education vouchers and universal education tax credits can bring Catholic schooling within reach of any family who seeks it, we have elected to make only a half-hearted nod in the direction of parental choice: charter schooling.

As state-owned enterprises, charter schools may not be religiously affiliated. That exclusion has not simply kept Catholic schooling beyond the reach of many families; it has eroded the existing enrollments of Catholic schools with the lure of zero tuition and the promise of an education at least somewhat better than that of traditional public schools. Our current education policy gives many low-income families a Solomonic choice between the schooling they really want and the schooling they can really afford.

This is not strictly a religious issue. The majority of students at Detroit’s soon-to-be shuttered St. Martin DePorres high school are not Catholic.

Nor is it a political issue. Which matters more — whether your political party supports education tax credits, or whether disadvantaged kids get a 50 percent better shot at graduating from high school and going to college?

It is an educational, a social, and ultimately a moral issue. Whatever one might think of the Catholic faith, Catholic schools are playing a liberating role for tens of thousands of underprivileged American children, just as Pope John Paul II played a liberating role for millions of victims of communist tyranny. Under a parental-choice program, they could be doing so for a lot more children. That, at any rate, is one non-Catholic’s opinion.

Andrew J. Coulson is senior fellow in education policy for the Mackinac Center for Public Policy, a research and educational institute headquartered in Midland, Mich.