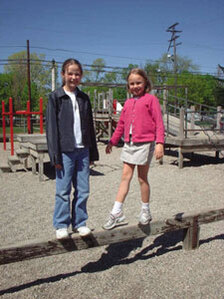 A regulation requiring schools to maintain parent contracts with instructions for infant feeding and diapering for K-12 after-school program students (shown here)won the Mackinac Center for Public Policy's "Most Outrageous Regulation" Contest. The contest was part of research for a Mackinac Center study on the over regulation of public schools.

A law requiring before- and after-school programs to sign a contract with parents pledging that the programs will abide by the same rules as day-care centers-including rules for handling dirty diapers and hungry babies-has won a policy research institute's "Most Outrageous Regulation" contest. Brenda Roe, learning center director for St. John's Lutheran School in Adrian, sent in the winning entry.

"I'm not sure about you, but I haven't yet enrolled a kindergartner that still is fed by a bottle!" Roe wrote in her entry to the Mackinac Center for Public Policy contest, complaining that the children she cares for are ages 5 and above and have no need of diapers or infant formula. The contest was conducted as part of the research for a study on overregulation of Michigan public schools the Center will release this spring. For her winning entry, Roe wins a "Palm Pilot" hand-held computer organizer, a prize symbolic of the order and clarity school administrators want and deserve. 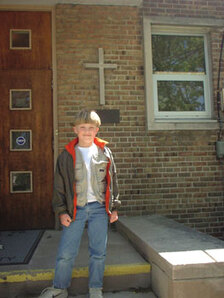 Roe correctly states that Michigan requires all schools with before- and after-school programs (both public and private) to draw up a "child-placement contract" signed by parents and school administrators. This contract pledges that in conducting its program, the school will fulfill all the requirements of the law with regard to the care of children in day-care centers. The contract's wording must state explicitly that either the school or the parent will fulfill day-care requirements for infant formula, milk, food, diapering, and other matters not commonly regarded as responsibilities of these programs.

"Our parents get a kick out of their contracts," Roe said.

The regulation, in effect since July of 2001, is part of the Child Care Licensing Act, which is administered by the Department of Consumer and Industry Services (CIS). This is the state agency that oversees all day care in the state.

"This means that schools must operate according to the rules for child care established by the state Department of Education (until the end of the school day)," said Elizabeth Moser, Mackinac Center education research associate. "Then, as the clock strikes the beginning of the after-school program, suddenly they are under the jurisdiction of the CIS and must comply with a whole new set of rules. This creates confusion and, in the case of the diapering requirement, a bit of humor for parents of 5-, 6-, 7-, even 12- and 14-year-olds who sign a contract listing in minute detail state requirements for diapering and infant formula," Moser said.

Inquiries with workers in various after-school programs in public and private schools revealed everything from confusion over what the law required, to doubt as to whether the law applied to them, to disgust at what many administrators called "ridiculous licensing rules." But one thing is certain: the idea of actually keeping diapers and formula on hand for children ages five and above is so contrary to common sense that few if any programs actually do so, even though their contract with parents-which the CIS insists upon-pledges that either they, or parents, must do so if needed.

Asked about the contract provisions in question, Norene Lind, an administrative rules specialist for the CIS said, "It's gotta be there. They [the after-school program administrators] can simply print out everything from the rule, cut and paste, point to the provision, roll their eyes and tell the parents, 'The state requires us to put it in there; we know it doesn't apply to your 11th grader.'"

The requirement has elicited enough complaints that legislation removing after-school programs from CIS jurisdiction and placing them under Department of Education rules for child care even during after-school hours has been passed by the Michigan House of Representatives and is headed for approval in the Senate. In a response to a Mackinac Center inquiry, the CIS said it supports the legislation, and that "It is unnecessary for schools to have to meet one set of requirements for the regular school day and a completely different set for their before and after-school programs."

Public and private school teachers and administrators from all regions of the state submitted entries by email, fax, and letter.

"We picked this one for the humor value, no doubt about it," said Joseph Lehman, Mackinac Center executive vice president. "But conflicting, confusing and contradictory regulations-and arms of government imposing overlapping agendas that leave school administrators wondering what to do-are an epidemic in Michigan public schools today. It is our hope to shed much more light on this situation through our overregulation study this spring."