Michigan schools to receive grades from state under new program 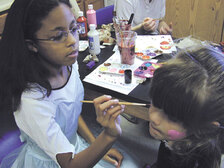 When Michigan Superintendent of Public Instruction Tom Watkins took office in May of 2001, one of the tasks he faced was to put in place a new school accreditation system crafted by outgoing Superintendent Arthur Ellis to comply with a legislative mandate. The plan-a get-tough policy aimed at whipping into shape a large number of Michigan schools and school districts that had been allowed to founder and fail-was scheduled to go into effect in the fall of 2001.

State officials estimated that some 1,000 schools might receive "Fs" under the Ellis plan. When he took office, Watkins took the unexpected step of scrapping the plan, saying it relied too heavily on Michigan Education Assessment Program (MEAP) achievement test scores, and would unfairly declare schools "failing." Watkins' move was criticized in the legislature and by Gov. John Engler as being an attempt to scrap a program that would have forced Michigan schools to improve.

Despite the critics, Watkins crafted his own plan, which he unveiled in December, presented it to the State Board of Education Feb. 14, and was adopted by the board by a vote of 5 to 1 on March 14. After several hours of discussion, the Board accepted a revised version of "Education Yes! A Yardstick for Excellent Schools." This new system had been tweaked to align with the federal government's recently passed No Child Left Behind Act. It will measure such things as teacher quality, building quality, and use of technology, and will employ a weighted student achievement scoring system based on average MEAP scores and MEAP participation.

As required by law, state house and senate education committees have allowed the plan to move forward. Under the plan provisions, no schools will start out without accreditation, and the grades schools receive will not be as strongly tied to student scores on the MEAP.

State Board of Education Secretary Michael David Warren, Jr. voiced his concern with the plan to Watkins at the March 14 hearing, standing behind the plan crafted by Ellis, although he has consented to the new plan. "Every day we wait means another day we lose as we attempt to assist chronically under-performing school buildings and all of Michigan's children," he said.

The new plan assigns a grade to each school building in the state. Each school will receive a letter grade for each of six individual measures and will receive a composite or aggregate grade which determines their accreditation status. The grades to be assigned are: A, B, C, D/Alert and Unaccredited. According to the plan, if individual schools lose their accreditation status, the school will be given notice prior to public release of the information.

 All Michigan elementary and middle school children will read independently and use math to solve problems at grade level;

 All Michigan students will experience a year of academic growth for a year of instruction;

 All Michigan high school students, in addition to demonstrating high academic achievement, shall follow a curriculum that will prepare them for post-high school success.

During the lengthy debate over components of the plan, the State Board of Education debated the cut-off scores for each letter grade, the weight each of the various measures will carry in the total score for each school, and whether or not a traditional bell curve should be used to evaluate test and school scores.

Under the plan, approximately one-third of the score to be assigned to a school will be based on a set of "school performance indicators" such as teacher quality, professional development, attendance and dropout rates, availability of summer school personnel, parental involvement, school facilities, and learning opportunities for students and their families.

The remaining two-thirds of a school's score will be based on student achievement scores on the MEAP, weighted based on an average of MEAP scores and progress over time.

Some education reform advocates still think Watkins should not have thrown out the Ellis plan, which could already have been improving schools following its scheduled implementation last fall.

The new plan language gives schools time to appeal before being labeled as "unaccredited." But the plan offers few penalties or consequences should a school become unaccredited. The only explicit penalty is a denial of the new funding from the federal "No Child Left Behind" Act-until the school works out a plan for re-accreditation with the state Board of Education.

The first official grades for schools are expected to be released in December of 2002 or by spring of 2003.