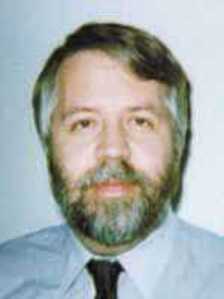 The defeat of voucher proposals in Michigan and California last year owes much to the efforts of teachers' unions, who devoted considerable resources to opposing them—and to convincing many of their members that school choice is bad for educators.

However, dire union warnings that allowing parents more educational options would spell the end of public schools failed to convince the 1.2 million voters who voted for vouchers anyway. This is a strong constituency of people who believe greater school choice will actually improve education. And as for teachers, there are many reasons to believe that choice will benefit them, too. Let's look at the arguments.

Critics of school choice charge that allowing more students to leave the public schools will result in teachers being laid off or becoming unemployed. But a moment's thought reveals the flaw in this argument. Demand for teachers will not decrease just because more parents choose to send their children to different schools. And these different schools are likely to be in the same general area of the schools the students are leaving. So if jobs are lost at the old school as a result of a mass student exodus, the new school will still need to hire teachers to meet the demand.

There's even the possibility greater school choice would result in more jobs for teachers. How? As competition among schools intensifies, administrators will need to come up with ways to attract more students. One of the selling points many schools would likely employ is that of smaller class size. As more schools offered smaller classes as an incentive to parents, more teachers would be needed to keep the instructor-to-pupil ratios low.

Another claim of school choice critics is that choice will necessitate many changes that are disruptive to the educational process. True, but that's a good thing. Here's why: Teachers are used to adapting to new situations. They have a new batch of students every year, sometimes twice a year. They adapt to innovative teaching methods and ideas all the time. Sometimes this happens formally, with training and in-service, but more often it is done informally. A teacher picks up a new idea from another teacher, a magazine article, a graduate class, a parent, or a student. The "disruptions" caused by school choice will only enrich this "cross-fertilization" of ideas, to the benefit of students.

But how is all this change good for educators? First, it allows them to improve and do their jobs better. Second, most teachers will agree that new ideas and new situations are what make their jobs exciting and fun. Too many experienced teachers can tell stories of how they've been pressured, if not intimidated, into altering or abandoning something they believed in because of bureaucratic interference.

In a school that must compete for customers, that will change. Monopolies—such as the current system—can afford to ignore their employees' ideas, but enterprises facing stiff competition cannot. When school choice forces schools to listen to the teachers, that means teachers will be able to guide the changes that will inevitably occur. No longer will they be excluded from decisions about curriculum, teaching methods, allocation of resources, and the like. Competitive schools will have to abandon the "top-down" bureaucratic decision-making process and consult teachers, because teachers know the answers. Teachers are the ones who are in contact with the students and parents. They read the research and take the graduate courses. They share ideas and insights with each other. Schools that ignore the resource they have in teachers will do so at their peril, because there will be other, better schools willing to give teachers the respect they deserve in the pursuit of improved education.

Finally, critics argue that school choice will mean pay cuts for teachers. But that is an unlikely scenario for two reasons. First, the private sector almost always pays more than the public sector: That is the primary method businesses must employ to attract and keep the best people. Don't believe it? Just ask any public-sector lawyer, doctor, or other professional how much more he could make in private practice. Second, with school choice, money will follow the students. What this means is that parents who can afford several thousand dollars a year in tuition under a voucher or tax credit plan will suddenly be in the private school market. A lot of that new money will go to teachers, as competing schools scramble to attract and retain the best educators they can find. This isn't simply theory: At least one study, conducted in 1998 by researchers at Ohio University, found that teacher salaries go up as competition increases.

Teachers do not need to fear school choice. The evidence shows that it will benefit them as well as their students.

Mr. Corliss, a member of the Michigan Education Association, teaches at Stevenson High School in Livonia and is part of Teachers for Choice, a network of teachers advocating for greater parental choice in education. For more information, visit www.TeachersForChoice.org.