Keep education dollars in local hands and out of Washington 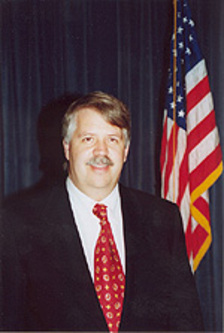 Michael Corliss is a Michigan public school teacher and the Libertarian candidate for U.S. Senate.

As a public school teacher, I see first-hand, every day, the consequences of federal intrusion in the schools. Millions of dollars are siphoned out of local districts, much of it wasted by endless layers of education bureaucracy, and then a fraction of it, maybe, comes back home. Why does this happen?

Both the Democrats and the Republicans have promised for years that if we parents and educators will keep sending our tax dollars to Washington, they will use the money to improve the public schools. Of course, the exact opposite has occurred, as Libertarians predicted it would.

When this country was founded over 200 years ago, the architects of the Constitution wisely decided that Congress would have no authority over education. They realized that education can work only when parents and educators- the people who actually know and care about the children in a particular school- have the ability to make the financial and educational decisions that are in those children's best interest. All dictates from Washington must be applied equally to all people, and politicians and bureaucrats hundreds of miles away cannot possibly know better than you do about what is best for your child.

Now, unfortunately, we have a different system from the one envisioned by Jefferson and Madison. This new system works like this: You are required to send your tax dollars to Washington. For every two dollars you send, one dollar comes back to your school, along with a laundry list of regulations limiting how you can spend it. Why does this make sense to anyone?

This is just another example of politicians, from both of the old parties, trying to buy your vote with your own money. As you read the Christmas list of presents that my two Senate opponents promise, bear in mind that all of this will be paid for with your money, and that somewhere along the way, half of the money you send them just sort of disappears.

It's easy to see where the rest of your education dollars go, if you realize that the federal Department of Education is the biggest sinkhole of waste and cronyism in the entire country. Whenever a friend of the current administration, be it Republican or Democratic, needs a sinecure to tide him or her over for a while, he or she is usually given a cushy job at the Department of Education. Recently, a U.S. senator, who had been removed by her own constituency, was given a job there, which paid over $150,000 per year. Her duties? She advised Congress on a program that ultimately was never funded.

There are twice as many administrators in the Department of Education as there are in the average federal agency, and that is saying a lot. Several years ago, the Republicans made a series of promises to the American people. There were 10 of them, and they were dubbed the Contract with America. One of those promises was to get rid of this federal bureaucracy that maintains a stranglehold on education in this country, impoverishes schools, and stifles real reform and improvement. Unfortunately, this was the only one of the 10 planks of the Contract that was never introduced in Congress, even though it was the one that would have done the most to improve our schools.

I refuse to promise a basket full of goodies (along with a bigger tax bill) if you vote for me. Instead, I pledge now, that when I go to Washington, I will fight to stop the wasteful and destructive practice of letting federal politicians and bureaucrats dictate how your school will be run. I will fight to keep your education dollars, all of them, in your district. I will hold the Republicans' feet to the fire, and make them do what they promised they would do. I won't do it because I want votes, or because some lobbyist offered me a campaign contribution. I will do it because it is right and because it will help improve education in every school district in this country.