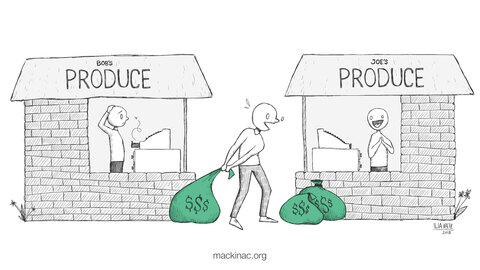 If we eliminate corporate handouts, won’t we unilaterally disarm in the war for jobs?

No. A large body of research demonstrates that incentive programs are ineffective. Those who advocate for them are fighting for job announcements more than actual jobs.

In one of the most sweeping academic reviews of scholarly literature on the subject, economists Peter Fisher and Alan Peters concluded, “The most fundamental problem is that many public officials appear to believe that they can influence the course of their state or local economies through incentives and subsidies to a degree far beyond anything supported by even the most optimistic evidence.”

Has anyone ever called for multilateral disarmament?

Yes. Legislators in several states have introduced bills to do just that. The idea is to create a state compact to eliminate a war of economic incentives between states. Michigan lawmakers have introduced and could pass such a compact, and it wouldn’t take effect until other states agreed to join it and put their programs on ice. To date, that legislation has languished while lawmakers work to create more corporate incentive programs.

Aren’t many of these incentive deals sold to the public as costless?

Yes. For years, proponents of corporate handout programs have said they were performance- based and repeated the mantra that if the corporations don’t create the jobs, they don’t get the incentives. But a performance-based standard is an illusion: If jobs show up, the government can’t know whether the company wasn’t going to create jobs here anyway.

There is also research on the question published by the W.E. Upjohn Institute for Employment Research. It suggested that 75% to 98% of the incentives that were handed out in the name of relocating, expanding or maintaining jobs went to companies that “would have made a similar decision ... without the incentive.”

Do politics play a role in economic decisions?

Yes. It is easy to speculate that it does, given that these economic programs are born of a political process. But we have more than speculation; scholarly research suggests that politicians who propose subsidy programs receive electoral benefits.

In 2020, for example, Cailan Slattery and Owen Zidar found that “per-capita incentive spending increases by more than 20% in half of the cases in which it is an election year and the governor is up for re-election versus one-fifth of the cases otherwise.” Nathan Jensen and Edmund Malesky found that the “marginal impact of incentives on the probability of independents voting for a governor is 9.2%.”

That’s a big move, and it may at least partially explain political support of demonstrably ineffective programs.

Short of eliminating these programs, what can be done to minimize their abuse?

In addition to adopting the state compact mentioned above, there must be greater transparency and accountability around corporate handouts. Legislation has been introduced here to require members of the state’s economic development board to disclose the details of any handout deal before they vote on it. A law like that gives everyone a chance to determine if the costs might outweigh the benefits.

The state should also be required to perform or have performed better analyses of potential deals before they are struck, to make sure the benefits are likely to outweigh the costs. That means, at a minimum, performing an opportunity-cost analysis where the potential expense is weighed against some other action, such as a personal income tax cut. 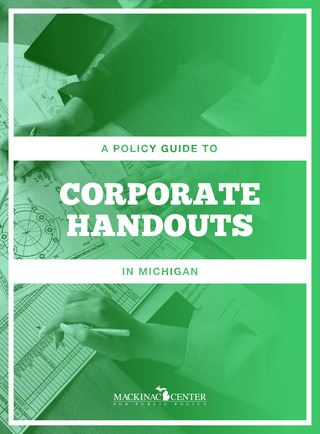