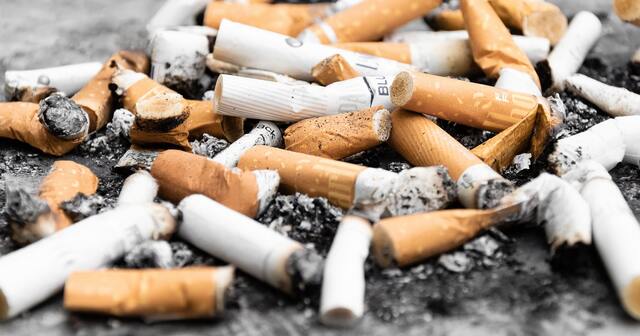 Officials are playing with fire over cigarette and tobacco tax increases

Author’s note: Portions of this blog post originally appeared in The Hill on May 15, 2021.

As President Biden’s massive social welfare and climate spending bill wends its way through Congress it is hard not to be left slack jawed by the sheer size and scope of it all. Included in the bill are proposals to raise taxes. One tax hike in there that isn’t getting the attention it should is an effective doubling of the Federal Excise Tax on combustible cigarettes. This tax hike — and perhaps others — should be removed from the bill lest it contribute to much higher smuggling rates and other unintended consequences.

This tax hike of $1.01 per pack would effectively double the federal excise tax to $2.01. This is in addition to current state and local excise taxes too, which are already sky high in many states and contribute to interstate smuggling. The combined excise taxes are an open invitation to smuggle into the United States. Perhaps worse, the Food and Drug Administration prohibition may impose an outright ban on menthol smokes, which make up more than 30% of the legal cigarette market. Either one alone would spin up the illicit market, but both together would stretch law enforcement even thinner than they are now.

National borders are of little consequence when massive profits can be made by smuggling a product such as cigarettes. A 2016 study by the International Monetary Fund, “How to Design and Enforce Tobacco Excises,” reports a consensus estimate, from five expert studies, that the world’s illicit cigarette market amounts to 10 percent of world cigarette consumption.

That’s a global average, though, and in some countries, illicit markets account for more than 40 percent of total consumption. In the United States, three studies, published in 2013, 2015 and 2019, pegged the national cigarette tax evasion and avoidance rate at up to 21 percent of the marketplace. This is a figure that will almost assuredly leap with an increase in the FET.

I am co-author of a number of cigarette tax and smuggling studies that attempt to measure cigarette smuggling rates in most of the 48 contiguous states. Through 2019, we estimate, New York was America’s No. 1 smuggling state, at 52 percent of total consumption, and California was number two at 43 percent. Both of these states, and likely others, such as Texas, will probably see a huge influx of internationally smuggled smokes coming in through their ocean ports and international borders, respectively. Our southern borders don’t seem particularly well protected from the illicit cigarette market.

As part of my past research, I’ve reported international smuggling busts that have underscored just how profitable illicit international trafficking can be. One illegal shipment in 2012 came all the way from China to New Jersey and was ultimately delivered to California via roads and highways.

The federal government is aware of the problem. In 2015, the State Department published “The Global Illicit Trade in Tobacco: A Threat to National Security,” a paper that outlined the effects of transnational cigarette smuggling. It observed, “Not only are criminal networks expanding through the trafficking in illicit tobacco products, but they are diversifying their activities.”

These activities will only become more profitable if the excise tax is raised, especially if the Food and Drug Administration follows through with its April proposal to ban menthol-flavored cigarettes. Menthol flavored smokes constitute a high percentage of the legal market. Prohibiting them outright would just add to the portfolio of products smuggled into the United States by transnational organized crime cells. Such bans have been tried in Canada and in Massachusetts, and early evidence for their success is not positive.

Federal officials are playing with fire over cigarette and tobacco tax increases and outright bans. Both will come with unintended consequences that may offset the good they hope to accomplish.