No Better Place To Work

Patricia Benner speaks about her time at the Mackinac Center 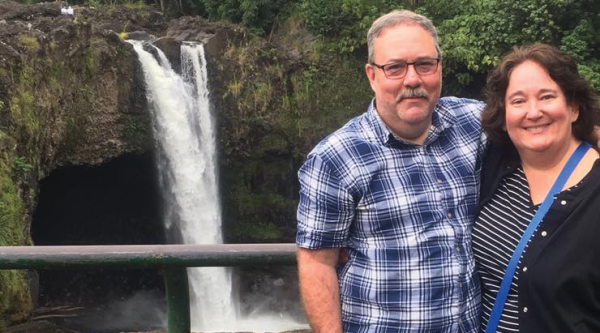 “I didn’t plan on working at the Mackinac Center.”

And yet Patricia Benner is now in year 18 at the free-market think tank.

Today, she’s the vice president for operations, in charge of finances, human resources, and the employees who do the behind-the-scenes work to get good policy ideas out into the world.

Benner was raised in Bay City, the daughter of a union steward. “My father was a maintenance supervisor at a dairy in Bay County,” she said. “But my parents were from the World War II era with strong, blue collar, conservative values.”

She took those values to Northwood University in Midland.

“I had a class with professor Dale Haywood and we read the book ‘When We Are Free.’ It made me realize I wasn’t as free as I thought,” Benner recalled.

After earning a degree in accounting, she worked in accounting and management at several companies around the state, including Perry Drugs, Independent Bank, Mercury Communications and Forward Corporation.

After having her daughter, Marie, she worked part-time and on a contract basis while also getting an MBA and teaching as an adjunct professor.

“I kind of fell backwards into my position,” Benner said of her current employer. “I had the right educational background and work experience, and alignment with the Mackinac Center’s mission, at the right time.”

She started out as the executive assistant for the executive vice president, Joseph Lehman, who is now the Mackinac Center’s president. Since 2003, she has worked her way up to her current position, crediting her colleagues with teaching her a lot.

“I was definitely a conservative when I arrived, but seeing the workings of government on a much closer basis these past two decades has made me lean more and more libertarian.”

Benner is married to her husband, Chris, whom she met through a church youth group as a teenager, and they have an adult daughter. She lives in Sanford, Michigan, on what was a lake until the town’s dam was breached by heavy rains in May 2020. The breach flooded the town as well as Midland, which sits downriver.

The Benner home suffered extensive damage and was covered by several inches of mud. “My Mackinac Center co-workers and their families were the first to respond,” she said. “They came immediately to start the cleanup, slogging through the mud in work boots and gloves, bringing equipment, supplies, food and hope.”

She is grateful that her home is now nearly fully restored and her family is safe. She is grateful also for all who aided in the recovery, including her co-workers, many of whom continued to volunteer in cleaning and rebuilding other flood-damaged homes around the county throughout 2020.

“I could do my job for a lot of different types of organizations – and have,” Benner said. “But what better than to do it for an organization I believe in and with colleagues I love?” 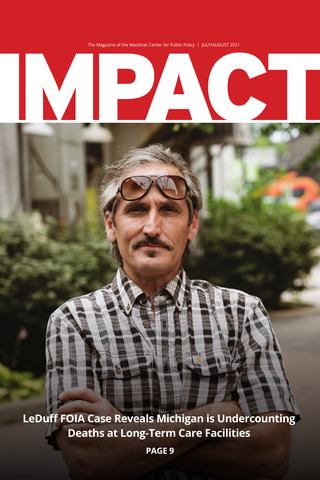