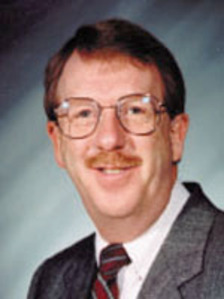 Kenneth Drenth, Ph.D., is superintendent of Les Cheneaux Community Schools in Cedarville, Michigan, a position he has held for the past 13 years. He is author of a recent study on the financial impact of declining enrollment in Upper Peninsula districts. Dr. Drenth is retiring in June after 31 years in public education.

Are we spending enough on public schools?

New school board members, when first reviewing a multi-million dollar school budget, are often overwhelmed by the numbers. Not until the budget is broken down, and reference points are provided, do the numbers make sense.

The same is true of the question: "Are we spending enough on public schools?" Until the numbers are placed into the context of what is needed, we cannot determine if it is "enough." Therefore, I would like to provide some reference points, attempting to put the question in a logical format for answering.

Since 1994, Michigan has seen unprecedented economic growth, resulting in the corresponding growth of the state's School Aid Fund. This has prevented executive order cuts, helped to narrow the gap in spending between districts, and provided most districts with adequate per-student annual increases. One might think that the problems of school finance have been solved and every district has enough money to operate a quality educational program. But that is not the case.

The cost of public education can be examined from a number of different reference points, but this article will examine just two: operation costs and infrastructure costs.

Operation costs include expenses to pay staff, operate the bus fleet, and so on. Infrastructure costs include the construction or remodeling of school buildings. When Proposal A was adopted in 1994, the responsibility of funding K-12 operation costs was transferred from the local district to the state. The legislature determined a per-student amount for each district, adjusted each year since except one, where it remained the same. While that system has worked well in districts that have steady or increasing enrollments, it does not work for those districts experiencing declining enrollment. Schools cannot cut expenditures at the same rate their numbers are declining.

Enrollment declines are usually haphazard: Seldom do enough students depart from a single grade or class to allow a teacher or an entire program to be eliminated. This is especially true in smaller districts where there is only a single section of each grade. In those districts it doesn't make any difference if there are 22 or 27 students in the fourth grade, you still need the fourth grade.

A quick analogy can help make the point. If there were 25 houses on a country road and four families moved away it would cost the same amount to plow the road. As long as the road is there, it needs winter plowing. Similarly, the loss of just two students from each grade will reduce K-12 enrollment by 26 students, and that amount multiplied by $6,000 reduces the district's revenue by $156,000. But what can be cut to offset the loss?

This phenomenon is occurring all across the Upper Peninsula as birth rates have dropped 35 percent since 1980 and 24 percent since 1990 alone. Some UP schools have made drastic cuts but still cannot cut as rapidly as the revenue decreases. Most districts have had some fund balance that they have been able to use to soften otherwise devastating revenue reductions from the state. But those fund balances are being rapidly depleted and it is estimated that the majority of UP school districts will be facing deficit spending in two more years unless the present mechanism of funding on a per-pupil basis is changed.

A second reference point of school funding is that of infrastructure. The financing of new school buildings or renovations was not changed under Proposal A. The old system, depending on local tax base, is still intact, and huge disparities in tax bases prohibit some communities from being able to address their school building needs.

Michigan is one of only 10 states that do not keep records on school infrastructure, so we do not know the extent of the funding problem. However, we do know that there are communities desperate to do something about their school buildings but are without the tax base to do so. Do we include in the question: "Does the state have a responsibility to children who are forced to go to school in inadequate facilities?"

Currently, there is about $740 million of unallocated funds in the state School Aid Fund. But schools have to borrow hundreds of millions of dollars annually because the state does not release funds on a schedule that allows schools to meet their monthly obligations. This adds more costs that have nothing to do with education to local district budgets. So maybe the question is, "Shouldn't we use our available revenues in a way that doesn't add non-education costs to local school budgets?"

In conclusion, the question: "Are we spending enough on public schools" has no significance in and of itself. There is no meaning in the answer until it is placed into the context of your local school. Does your district have enough revenue to maintain quality educational programs? Are the facilities that your children attend safe and conducive to learning? Should the School Aid Fund be distributed in a more timely manner to reduce non-education costs?

Until we can answer these questions, the answer to the original question is either no, we are not spending enough, or, we have chosen not to spend what we have in the best interest of our children.

Kenneth Drenth, Ph.D., is superintendent of Les Cheneaux Community Schools in Cedarville, Michigan, a position he has held for the past 13 years. He is author of a recent study on the financial impact of declining enrollment in Upper Peninsula districts. Dr. Drenth is retiring in June after 31 years in public education.