Greater competition will help schools do the job for less 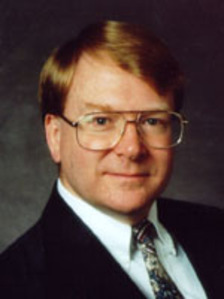 Thomas Bowles is a school board trustee for Van Buren Public Schools in Belleville, Michigan and founder and chairman of the Michigan School Board Leaders Association. (www.msbla.org)

Are we spending enough on public schools?

In 1976, Dr. Max Gammon of Great Britain published a report in which he developed the Theory of Bureaucratic Displacement. His theory states in part that "[in] a bureaucratic system . . . increase in expenditure will be matched by fall in production . . . . Such systems will act rather like 'black holes' in the economic universe, simultaneously sucking in resources, and shrinking in terms of 'emitted' production."

Public education in America certainly substantiates Gammon's theory. When government-supported public education first began taking hold around 1920, the most important factor that determined how the system operated was its decentralized political structure. School governing was handled on the village, township, city, or even neighborhood level, without much state or federal intervention.

Close monitoring of schools by local authorities assured that any widely shared desires of parents were implemented. It also assured more direct oversight of expenditures and new curriculum ideas, as these had to be balanced directly against the local tax support and justified to parents in terms of student achievement.

As time went on, consolidation in the name of eliminating duplicate services and taking advantage of other economies of scale became the rule. According to the National Center for Education Statistics, in 1937-38 there were 119,001 school districts for 247,127 schools. By 1996-97, there were only 14,841 school districts.

While certain efficiencies certainly were realized, centralization also meant school district oversight was passed from local authorities to broader bodies, which meant that many school district boundaries no longer corresponded to any single local governmental entity. The result has been that the increase in school bureaucracy and centralization has substituted the desires of education consumers (parents and kids) with the demands of the producers (administrators, bureaucrats, etc.) and led to an explosion in financial expenditures.

The largest districts (typically in major urban areas) spend the most money per student, have the highest salaries and benefits for their employees, and yet produce the poorest outcomes and the greatest problems. In a recent report from the Education Intelligence Agency, Mission Creep: How Large School Districts Lose Sight of the Objective-Student Learning, researcher Mike Antonucci writes, "While the average U.S. school district spends nearly 62 percent of its budget on instruction, many large districts spend closer to 50 percent." And when it comes to the number of teachers as a percentage of staff, "on average about 52 percent of school district employees are classroom teachers, but in Philadelphia, only 48 percent of district employees are classroom teachers, while only 40 percent of the Detroit workforce is composed of teachers in the classroom."

Concurrent with consolidation, financial support for public schools increasingly has passed to state and federal governments, putting further distance between those who use the education system and can best make it accountable and those who run the system. In 1920, 83 percent of public school revenues came from local entities, and federal grants amounted to less than one percent. Today, local revenues amount to less than half of all support, with states assuming most of the balance and the federal portion increasing rapidly to well over eight percent.

This shift in financial support has led to the proliferation of whole new layers of the education bureaucracy, which eat up ever more portions of the school financial pie. Jeanne Allen, president of the Center for Educational Reform in Washington D.C., defines what she refers to as "the blob": "The term 'blob' cropped up years ago when reformers began trying to work with the education establishment and ran smack into the more than 200 groups, associations, federations, alliances, departments, offices, administrations, councils, boards, commissions, panels, organizations, herds, flocks, and coveys that make up the education industrial complex."

Two of the blob's largest parts are the National Education Association and the American Federation of Teachers. In his book The Teacher Unions, Myron Lieberman states that together these two organizations "employ more full-time political staff than the Democratic and Republican parties combined." These organizations clearly carry the clout to promote their own costly demands, many of which do nothing to enhance educational outcome.

The public school monster that has been created is at the point at which one-half of its employees are not even directly involved in educating children. When public schools are saddled with such heavy overhead, is it any wonder that private schools continually demonstrate that they can supply better student achievement at half the cost?

We will reverse the public school system's "sucking of resources" and its attendant reduction in "emitted outcome" only when we take control of education from costly government bureaucracies and return it to parents, where it rightfully belongs. We should expand charter schools and schools-of-choice as well as support tuition vouchers, tax credits, and other reforms that introduce freedom and competition into a monopolistic industry.

Education does not need more money; the financial "problem" easily can be fixed. Simply return oversight to the consumers by allowing them the freedom to choose schools that serve parents and students, instead of schools that serve only a bureaucracy.

Thomas Bowles is a school board trustee for Van Buren Public Schools in Belleville, Michigan and founder and chairman of the Michigan School Board Leaders Association (www.msbla.org).