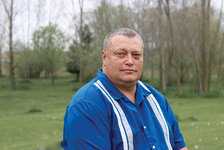 Success builds a foundation for more success. When the Mackinac Center Legal Foundation took the case of Ron Robinson, a highly regarded teacher at Ann Arbor’s Pioneer High School, our fight for the Taylor schoolteachers was waiting for a decision in the Michigan Court of Appeals. When the court ruled in favor of the Taylor teachers, the decision had positive repercussions on Robinson’s case.

When the Legal Foundation brought this case last summer, IMPACT told its readers about Robinson’s educational accomplishments: He has been declared “National Educator of the Week” by the Eisenhower National Clearinghouse. He was just one of three high school teachers to be accepted into an astronomy project from the National Science Foundation. And he directs the first and longest-running high school planetarium in the country.

But when he tried to leave the teachers union after the school system entered into a new contract, he learned that a provision in one of several past contracts still prevented him from refusing to fund the union. The new contract between the school system and the union in 2015 should have triggered his right-to-work rights. The Mackinac Center Legal Foundation represented him before the Michigan Employment Relations Commission, where the matter was heard before an administrative judge.

In the meantime, the Legal Foundation’s Taylor teachers case was decided by the Court of Appeals, which held that contracts entered into after right-to-work was enacted but before it went into effect were suspect. At the least, the court said, those contracts could be void if their intent was to circumvent the law and deny teachers their rights.

The administrative law judge who heard Robinson’s petition held that the court’s ruling applied to his situation, stating:

I find that, in light of [the Taylor decision], the only question properly before me is whether the circumstances in this case are sufficiently distinguishable from those in Taylor to warrant a conclusion different from that reached in that case. … As with the union in Taylor, [the teachers union officials here] also knew that they were limiting the ability of members of their bargaining unit to exercise a right explicitly conferred upon them … the right to refrain from financially supporting their bargaining unit. … [The court] repeatedly emphasized the timing of the agreement, what the Court saw as the [union’s] attempt to thwart the intent of the Legislature, and the fact that the [teachers] were prevented by the agreement from exercising a right that they had. … I conclude that … in accord with the Court’s findings in Taylor, the union security agreement contained … in this case was unlawful and unenforceable.

The next step in this case is a hearing before the Michigan Employment Relations Commission as a whole. The commission can adopt the recommendations of the administrative law judge, or it could rule for the either side on different grounds. The unions sought this further review, hoping to persuade the whole commission to reject the recommendations of the administrative law judge. The Legal Foundation will take its argument to the commission soon.

The Legal Foundation will continue to represent Robinson and strive to build future successes on the hard-fought gains made so far.