Districts did not often contract out for cleaning and maintenance in 2003. The practice grew from occurring in 6.6 percent of districts that year to 46.8 percent in 2013. Since then more districts have contracted out, but the rate of growth has slowed. In 2017, 14 districts outsourced their custodial workers and nine brought those services back in house.

Many districts with new custodial outsourcing report savings. Northwest Community Schools reports that it stands to save over $650,000 through its new custodial and transportation contracts. Sault Ste. Marie Area Schools expects to save $400,000 through their contract. Beecher Community Schools is also outsourcing both custodial and transportation services, and they estimate they are saving over $315,000. Constantine Public Schools reports savings of $200,000 for their new three-year custodial contract. The districts of Michigan Center Schools and Allegan Public Schools will save $94,400 and $25,000, respectively. Some of the other districts reportedly outsourced in the hopes that it would improve the quality of service.

Several districts who brought custodial services back in house — Whitefish Township Schools, Tecumseh Public Schools, Wyoming Public Schools and Ypsilanti Community Schools — believed they could provide higher quality services with an in-house staff. Atlanta Community Schools insourced custodial services because they felt they could do it more efficiently themselves. Eau Claire Public Schools tried two different companies, but decided to bring services in house again. Berlin Township School District 3, a two-room schoolhouse, decided to let their paraprofessionals take over custodial duties. Marysville Public Schools outsourced only their custodial director, but since he is retiring, the district decided to replace him with a district worker instead of hiring a new one through a leasing agency.

District officials also reported that it was getting more difficult for both in-house providers and for contractors to draw from a consistent, quality workforce. This could be due to a tightening labor force. The state unemployment rate has declined from 14.9 percent in 2009 to 3.8 percent, and there may be more competition for these kind of jobs and more difficulty in retaining quality workers.[7] 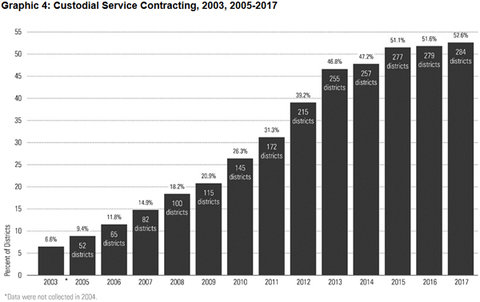 [3] Based on data from the Bureau of Labor Statistics, available here: https://www.bls.gov/lau. 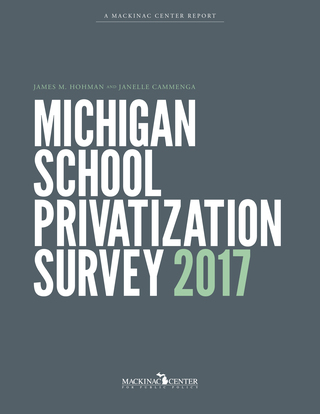